An incredible kill on the Chobe!!

Home/Chobe/An incredible kill on the Chobe!!
Previous Next

We sped off with the pack at full speed!! The craziest hunt you will see in a wildlife documentary  – we were in it!

But before I share our sighting of what it was like to to fly across almost 1 mile of open floodplain following a pack of wild dogs gunning it across the huge open area, I need to first tell you how this sighting came about!

We were on a boat. A boat along the Chobe river, just enjoying peaceful nature at a very slow pace. It was hot! The sun was setting and at last there was a hint of reprieve from another scorcher of a day – it was finally starting to cool down a little. As we rounded the bend next to Puku Flats there were a number of vehicles parked across the open area and from our low point on the river we looked across at the huge numbers of animals around us – elephants, impala, giraffe and puku!

News just came in on the radio – there were wild dogs and that is why there were so many safari vehicles around the area,!! But we could not see them! We were lower than the long grass across the way so exciting news turned into a little bit of frustration. Suddenly taking in the beauty of the river was not the priority anymore – there was a pack of 15 wild dogs and our guests were keen to see them!

We warned them that there was a high chance of them running off before we got there. We had to take the electric boat back to camp and get into a car and race across to the area. My gosh though…an electric boat. What a great idea and they are fantastic and environmentally very friendly!! But when you have wild dogs to follow up on, well that was the most agonizing 20minutes of my safari career (almost!) – we got back into camp and luckily a car was already waiting for us!

We wasted no time as we passed 2 sleeping male lions on the way and made the loop around to Puku Flats.

The dogs were full though. They had killed in the morning but this was perfect because had they not been so full, they could have moved off before we got there as they often like to hunt around sunset too. And as it turned out we watched all 15 healthy dogs play an incredible game of tag. The 8 adults were teaching the 7 pups some of the most important skills a pup could learn. They chased each other around in the long grass for a full hour, like a game of tag – vital skills for later in life. The pups were so fast at about 5 months in age but they did loose their footing every now and then. I have a video of the behavior – it was comical but also such a treat to watch this behavior! 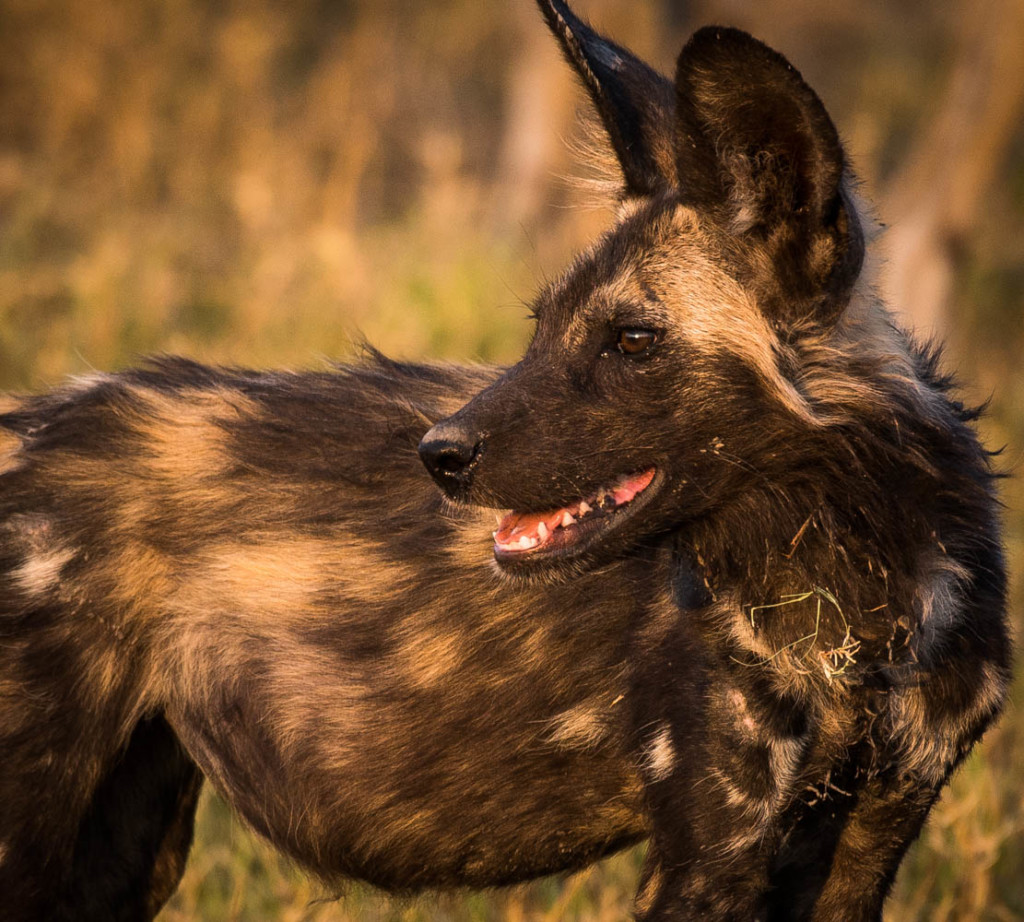 Image 1: A wild dog pup takes a break from a tough game of tag!

Fast forward to 450am the next morning!

As we had left the pack at dark we knew that if we came back at first light the next morning that there was a chance to catch them before they set out to  hunt.  So we set out early and only as we made our way into the area did the early morning light become bright enough for us to see. There was no evidence of the male lions that had been around and tracks showed that no lions had come across to where we had left the wild dogs the night before. The chances were good they were still there!!

We drove across some uneven ground and noticed there were still a large number of impala in the area. And as we rounded the same tall grass area, there they all were! The whole pack – stretching and just stirring. Their bellies a lot less bloated than the night before. It was not long and they already started to move with purpose, heading directly towards the southern bank area – the impala were in their path!

Some adults took the lead and the pups in training followed their every move…and before we knew it…they were off!!!! 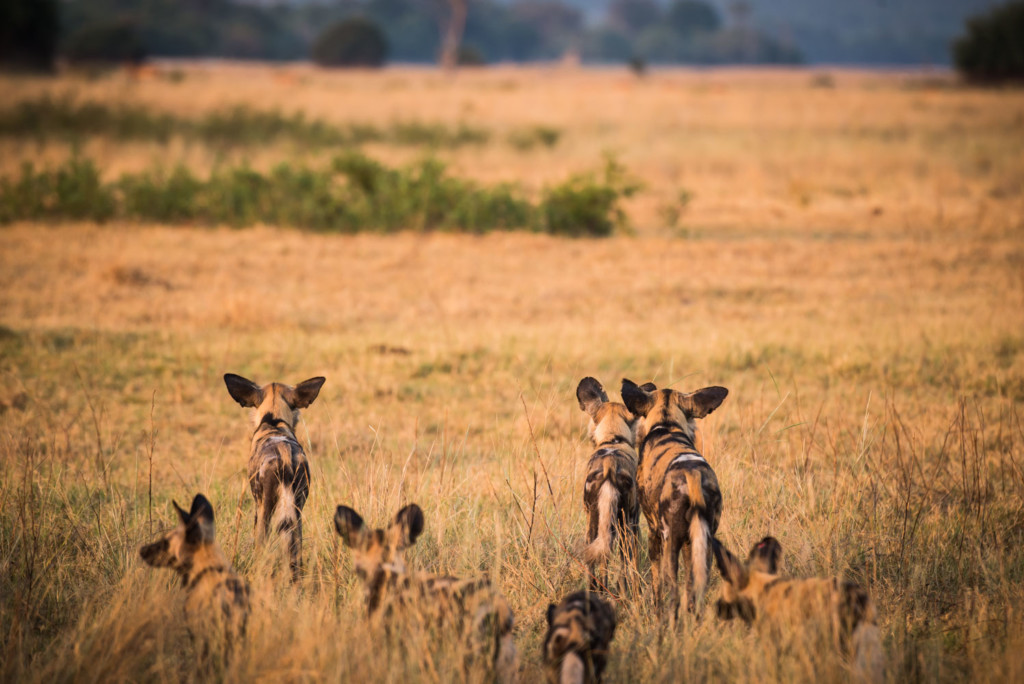 Image 2: The dogs look across the huge open area towards the impala

Tico McNutt of the Botswana Predator Conservation (https://www.bpctrust.org) trust has recorded a wild dog clocking in at 84km/h with a special new collar they have! That puts it down as one of the fastest land mammals in the world and they can chase for long periods. The speed was incredible and we were doing our best to keep up with them. “Go Go Go!” was the call once again as we had to choose which dogs to keep up with.

It took ages for the impala to notice, with a perfect view of everything we could see 3 of the adult dogs had already closed the gap and each were after a chosen impala. One of the dogs was right on the heels of one and then it doubled back towards the water to where 3 other impalas had tried to take refuge out in the open but as that happened I turned to our driver and exclaimed across that one of the other dogs was still on the heels of an impala and at the moment grabbed at the unfortunate antelope. All the dogs and us sped towards the action and the photos show the final moments. 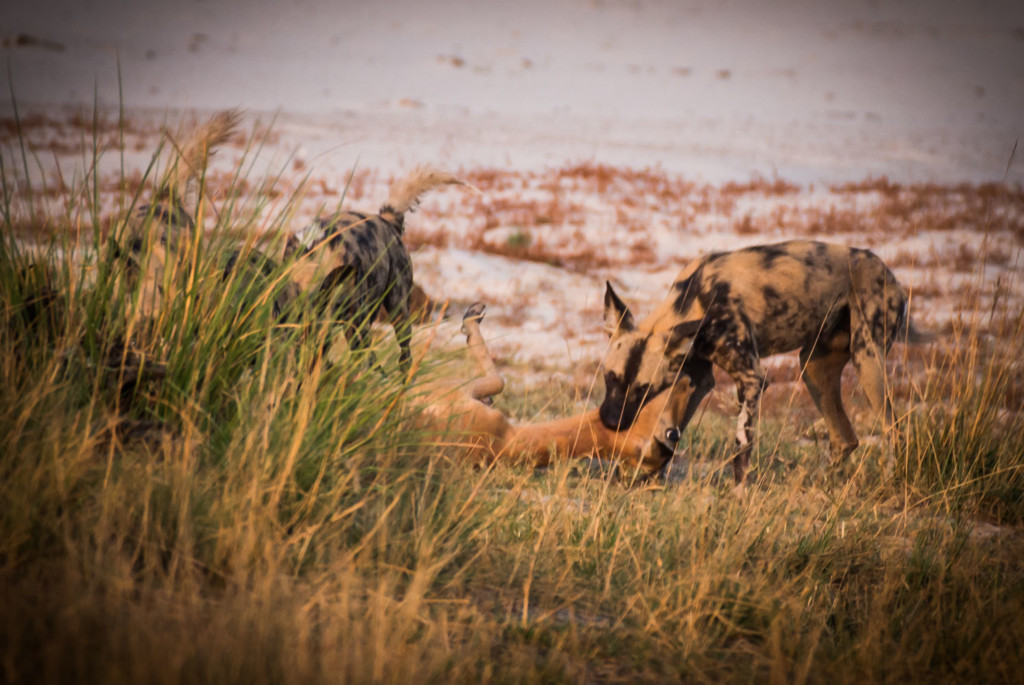 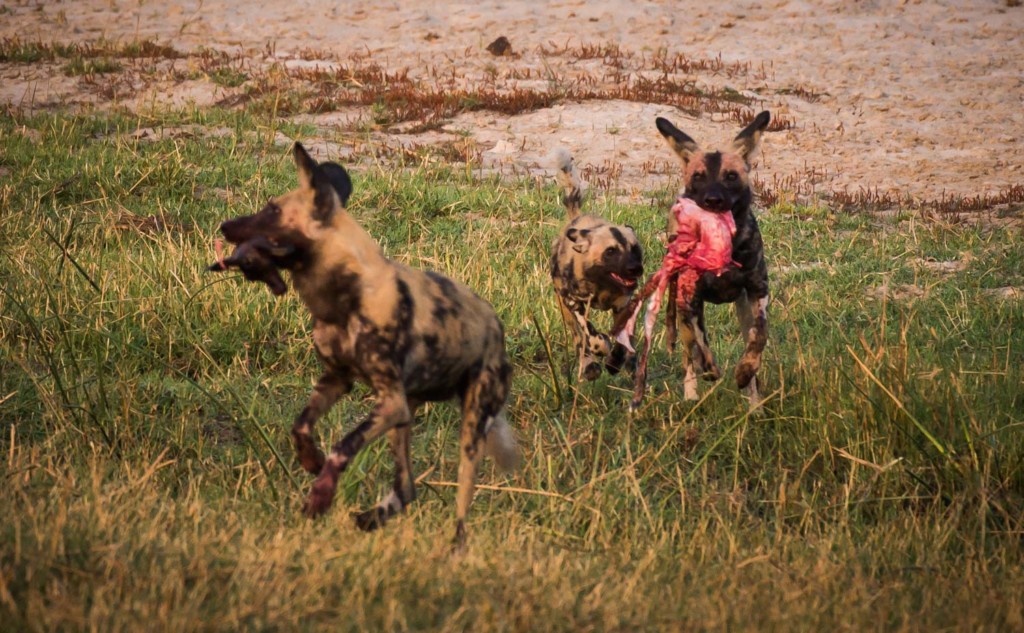 Images 3 & 4: The kill and feeding frenzy – you can see the head of the fetus – impala females are easier to catch just before giving birth, it is a sad reality that the extra weight can be the difference between life and death. 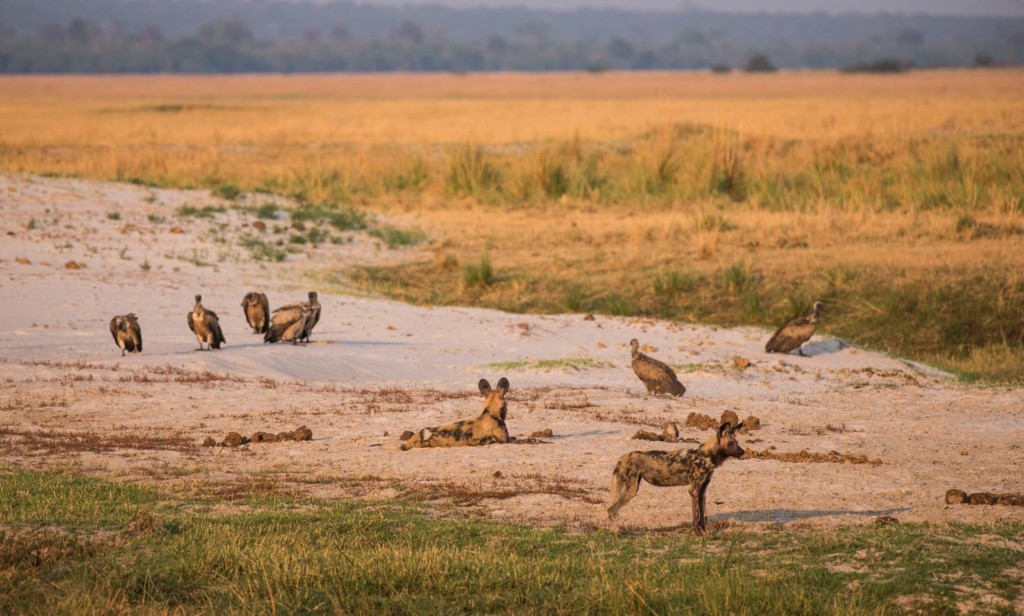 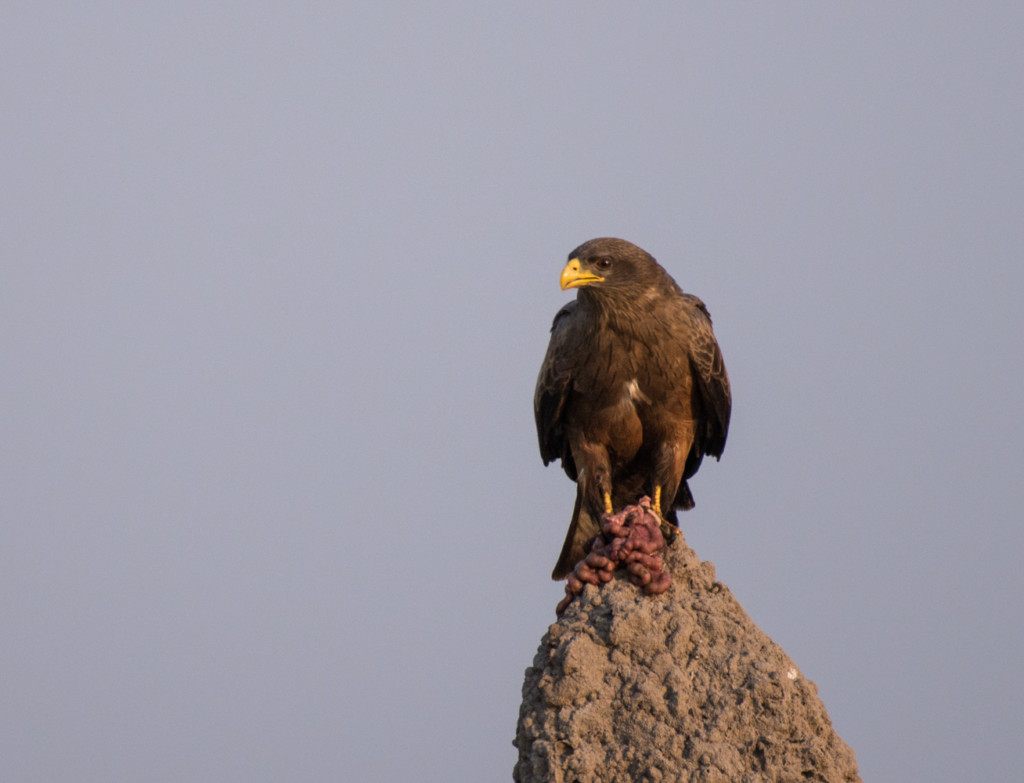 Images 5 & 6: The circle of life continues and the death of one means good meals for the predators and the opportunists such as this Yellow-billed Kite.

This was one of many incredible sightings we had on a Classic Escapes Safari (https://www.classicescapes.com/) that I lead as a naturalist through South Africa, Botswana and Zimbabwe. We travelled mostly with Desert & Delta camps (http://desertdelta.com/)  in Botswana and here in between the incredible game viewing we always had the ease of returning to our lodge (Chobe Game Lodge), the only one in the park and always close to the action!

Join me on safari or always feel free to ask for tips or insight into the industry!