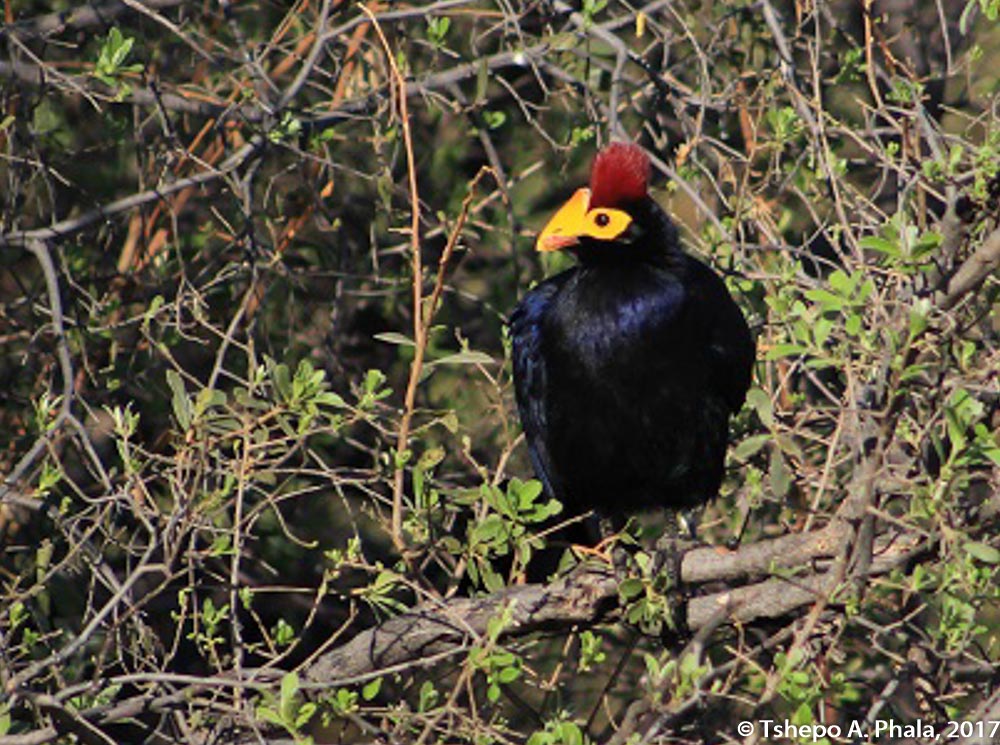 While out on drive in the Linyanti concession, good friend and general manager Tshepo Phala, of King’s Pool camp found this incredibly special bird!

Tshepo managed to get these great record shots to prove that although extremely rare, we do get this species in the area from time to time!

In 2011 there were 3 reliable sightings of 2 birds to the east of camp close to ‘Ambush Alley’. This sighting however was just a few hundred metres west of King’s Pool camp and photographed yesterday, 12th August. The Turaco posed for a long time and was apparently in the company of some Grey Go-away-birds.

Many species get attracted to the area at this time of year with the Jackalberry trees in fruit and in this shot the bird sits on a close relative of the Jackalberry, a species we call Bluebush!

Personally I have spent many an hour in search of this bird in these exact areas and while they clearly are very rare, there are reports every couple of years or so. Historically one individual was collected in the subregion many decades ago and stands in a museum in Zimbabwe otherwise there are only a handful of other sightings, making this one of the most exciting finds in the area in a long time. With this bird occurring 115km from the Zambian border at Katima Mulilo, there must be occasions the species is just missed altogether. 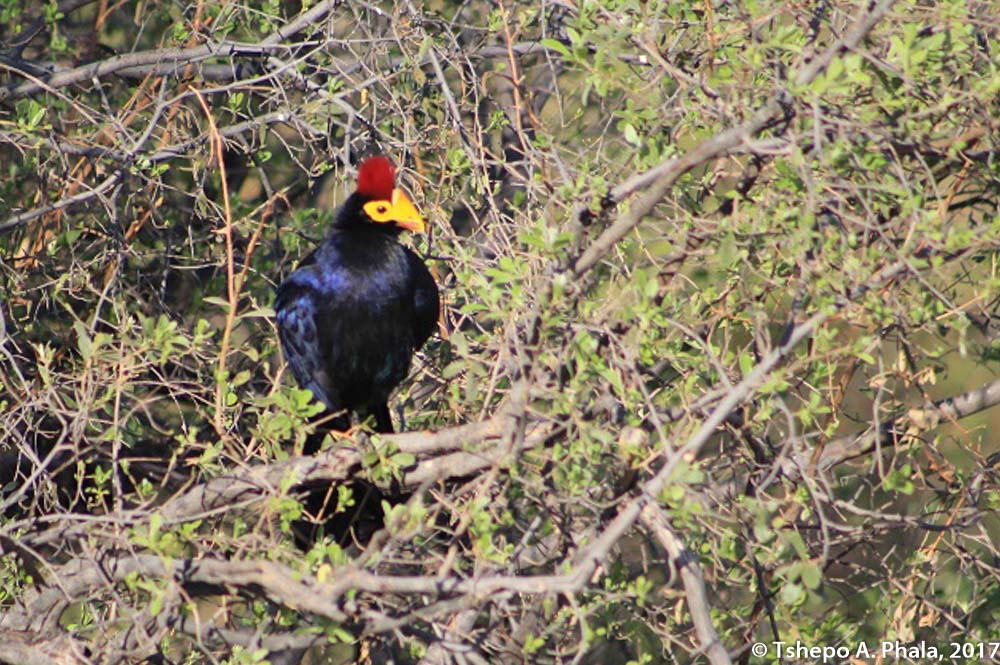