Leopard charge in the Okavango!!

Leopard charge and stare down! 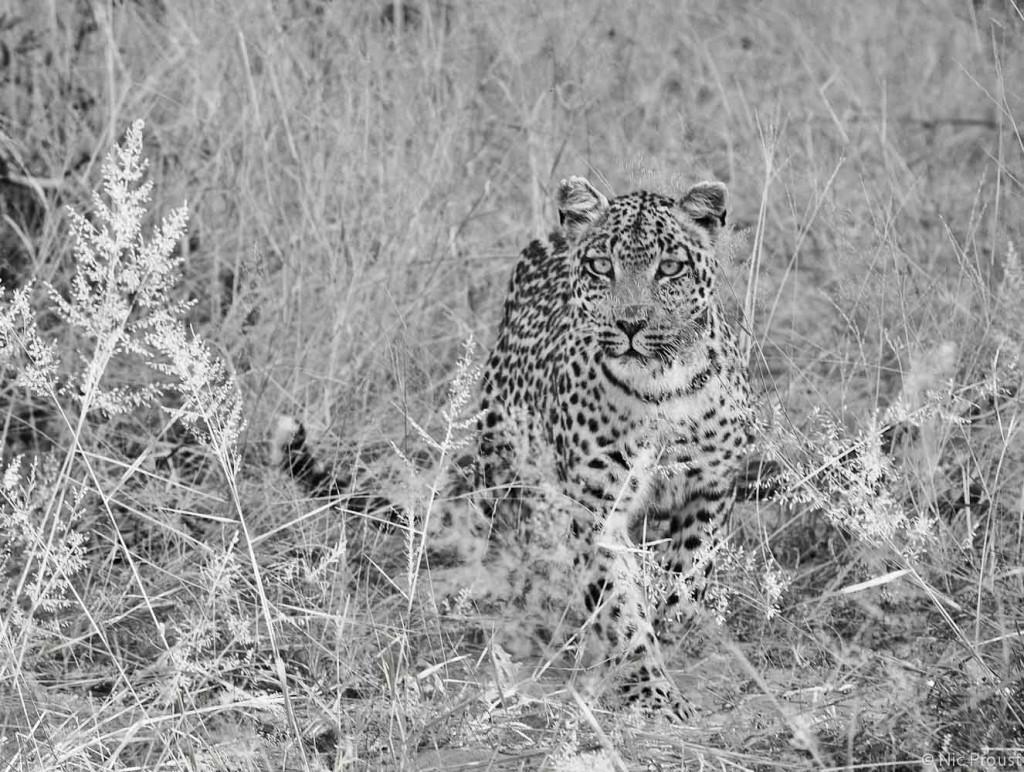 We had an intense sighting yesterday morning as we suddenly came around a corner to find ourselves at a scene where a female leopard was on an impala kill right next to the road!
I joined explorations guide Brooks, and his guests on a drive out of Gomoti camp. We were making our way east into the soft, early morning light and there was a good feeling about what we might find as just out of camp there was a dead giraffe. For whatever reason though, no pre…dators had fed on this dead animal even though tracks showed they had investigated it. We were slightly disappointed as we were sure there would be something going down but anyway we continued on still hoping for some action. Not thirty minutes later and Brooks spotted leopard tracks in the road that he said were front the night before. Suddenly a guest said “leopard”..and a right next to us a female leopard moved off from her kill. We turned off the road and found her slumped next to a bush but for some reason she was growling. We first thought there may be another leopard in the area but as it turned out her displeasure was aimed at us..before we knew it she mock charged!!…this shot I took at the end of the charge (fighting the urge to turn away) as she came fairly close to the open vehicle! It was certainly exciting and a very rare event to have an unprovoked leopard charge at us! We decided that it was best to leave the area but still the adrenalin was pumping!

We have subsequently realised that the reason this leopard charged us may very well have been because this animal has been collared for research purposes. Perhaps she thought we were about to dart her again and so her slightly unhappy nature can thus be justified!