Brown Hyena cub! The Brown Hyena den is still active in the Linyanti Area of Botswana! 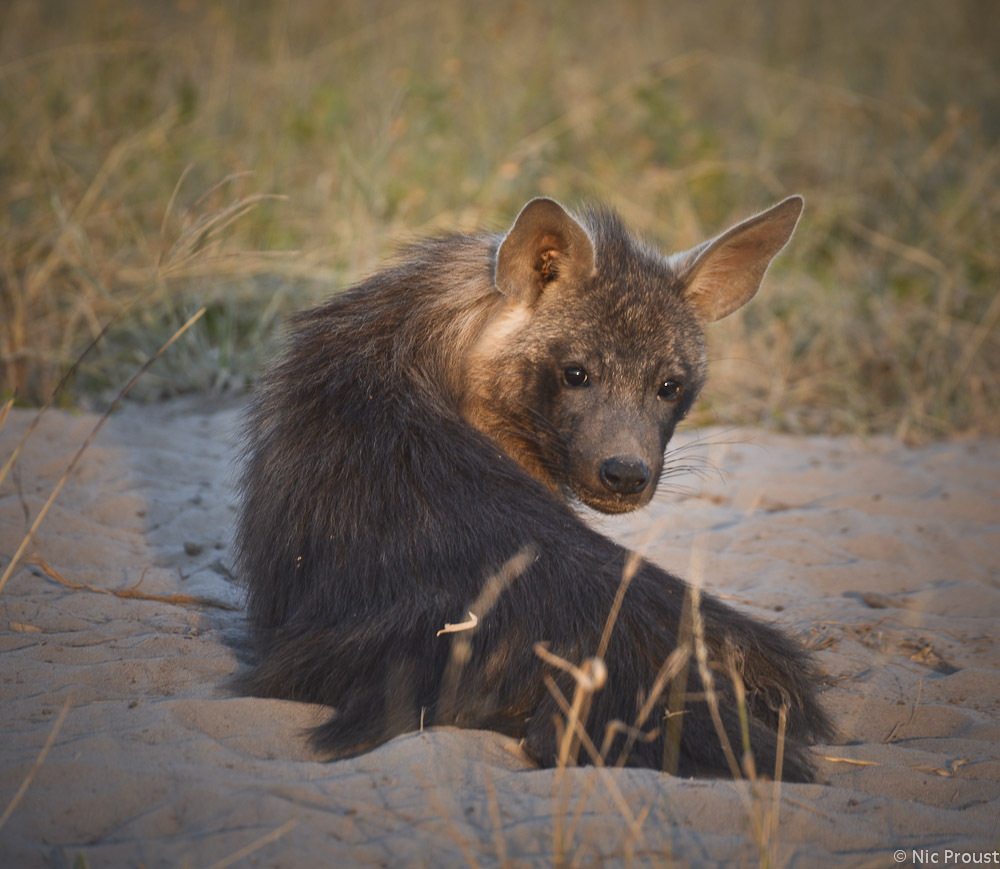 Look who is still at the den site in the Linyanti concession!!
We have watched this brown hyena grow up since we first discovered the den last year in October and many followers on this page will have seen pics of the cubs over the last while. After never officially being recorded in this section of Botswana, we have not only started to capture camera trap footage of adults but have now also found the first Brown Hyena den in the Linyanti concession. There is evidence suggesting that the species has had a recent range expansion north from the Nxai Pan area of Botswana as well as a westerly expansion from the Hwange area of Zimbabwe. This range expansion was shown to have recently occurred by researcher Christian Winterbach who was extremely excited when this finding was submitted to him during a research conference in April 2016. It showed a further range expansion and with a den being found, showed the area to be a source area for this species rather than a place where adults only dispersed to occasionally. In 2012 we had started seeing the odd adult in the area and then during this time there was also a sighting from the Goha gate area of Chobe National Park. We had a handful of sightings in 2013 and 2014 in the Linyanti concession showing that they were certainly now resident in the area. No photos were captured however and then in the beginning of 2015, manager Peter from our King’s Pool camp got all the luck when he put up his camera trap and twice captured Brown Hyenas outside our camp. This was the first confirmed photographs of the species in the area until unbelievably we randomly stumbled upon a den site later in 2015. The adults remain very rare to see and when they are spotted, they are extremely shy where on the other hand this youngster is very relaxed!

As a result of this, quite a few guests to our LTC camp (which is located close to the den site) have been rewarded with great viewing of this rarely seen animal. Some days back the only guests that I know of that almost didn’t see him on one trip got there as a pack of wild dogs came past and the dogs went to investigate the den so the hyenas were of course hiding for a while! It is great to see that it hasn’t moved off as a result of that incident.
Anyway I say hyenas (plural) because although we only see one regularly, we got a glimpse of another recently and one manager reports seeing 3 cubs about a month back meaning that they are possibly all still doing well…it’s just that the others might hide more often or perhaps there is another den nearby. On one occasion I found a youngster a good 500m from the den so perhaps they could also be hiding up in some thick bush! We also ended up placing one of the camera traps very close to the den and now that the grass has died a bit, we should have some good sightings once again!