What is this?? Could this be the luckiest camera trap ever??

Home/Bush Stories, Camera Traps/What is this?? Could this be the luckiest camera trap ever??
Previous Next 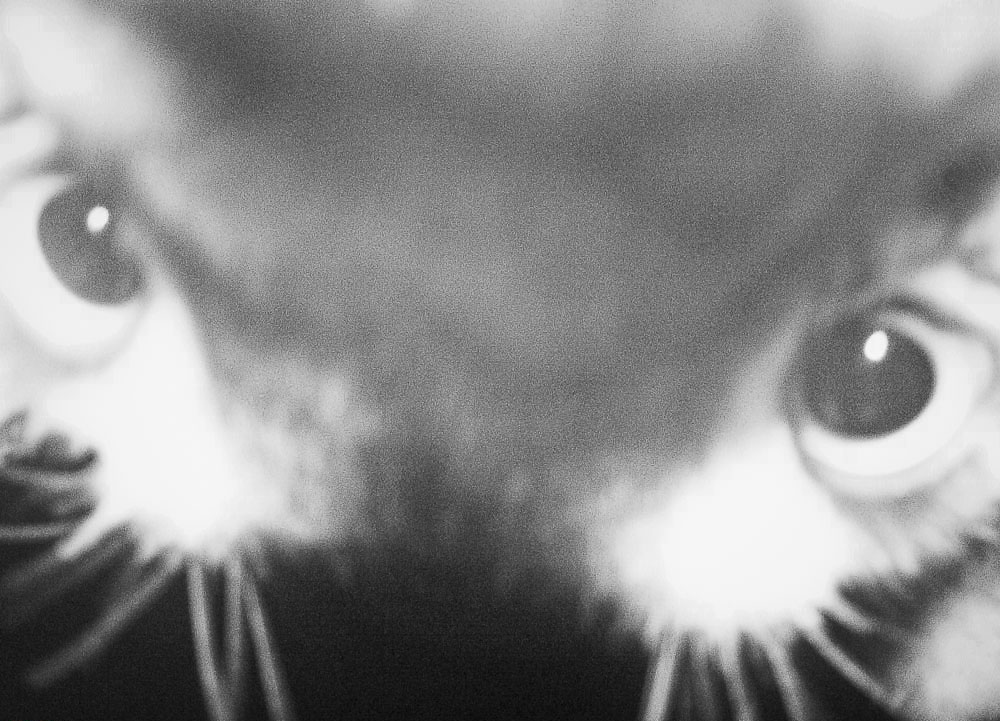 We have regularly placed our one camera trap on the western most bridge along the Savuti Channel but some days back, this poor camera trap had a 36-hour ordeal that has already given it legendary status!

Over the last few years we have noticed how active the bridge over the Savuti Channel is with wildlife. The large predators love using it to avoid having to swim across this now narrow body of water and so we have had some great captures. Recently though, a series of very crazy incidents took place…

The day started out just like any other for this camera trap….there had been many reasons to take photos – whether it was a lovely starry night or just some interesting clouds; pics were being taken at regular intervals. Even an annoying piece of grass was worth taking more than a 100 shots of… but filtering through the images in between this all, there were some great shots of a troop of baboons crossing the bridge…it made the time spent going through all the photos that much more worth it! 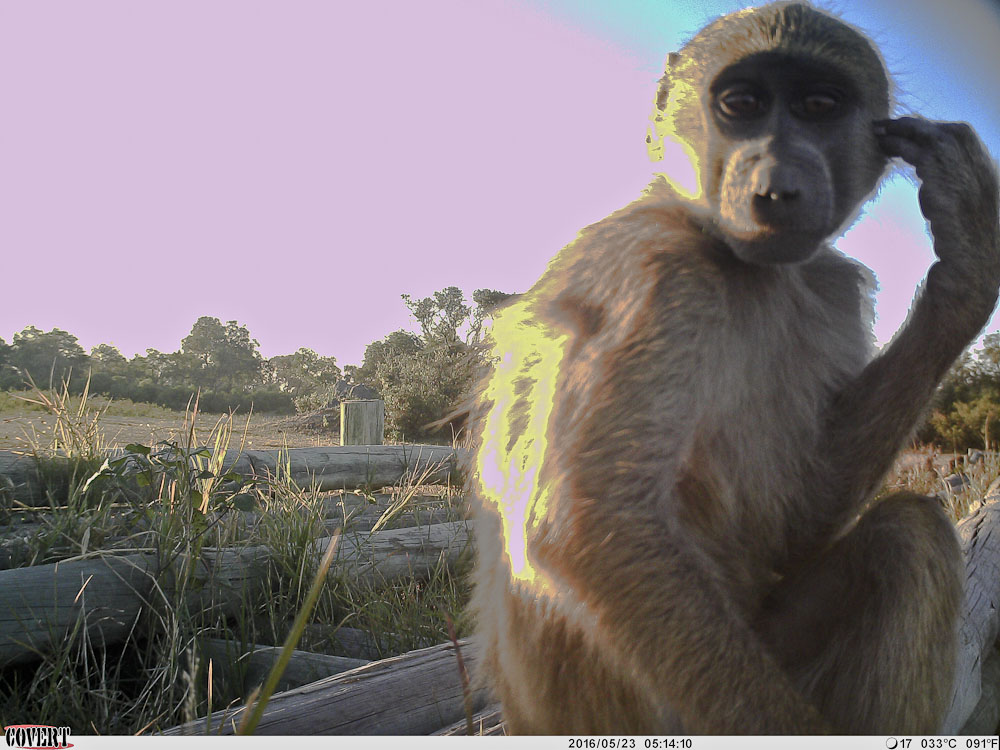 Image 1: A baboon seemingly admires itself in the camera…after much discussion it was decided that this was indeed a young female.

Then searching through hundreds more random images, suddenly photos started to appear of a seriously different nature and it looked like there was a lot of action going on so I took a closer look…
Just before the start of the dreaded 36 hours we open up the first few interesting images which are shown here below and start at 7pm (please note that the camera trap was set 12 hours off of actual time as seen in the image info at the bottom) 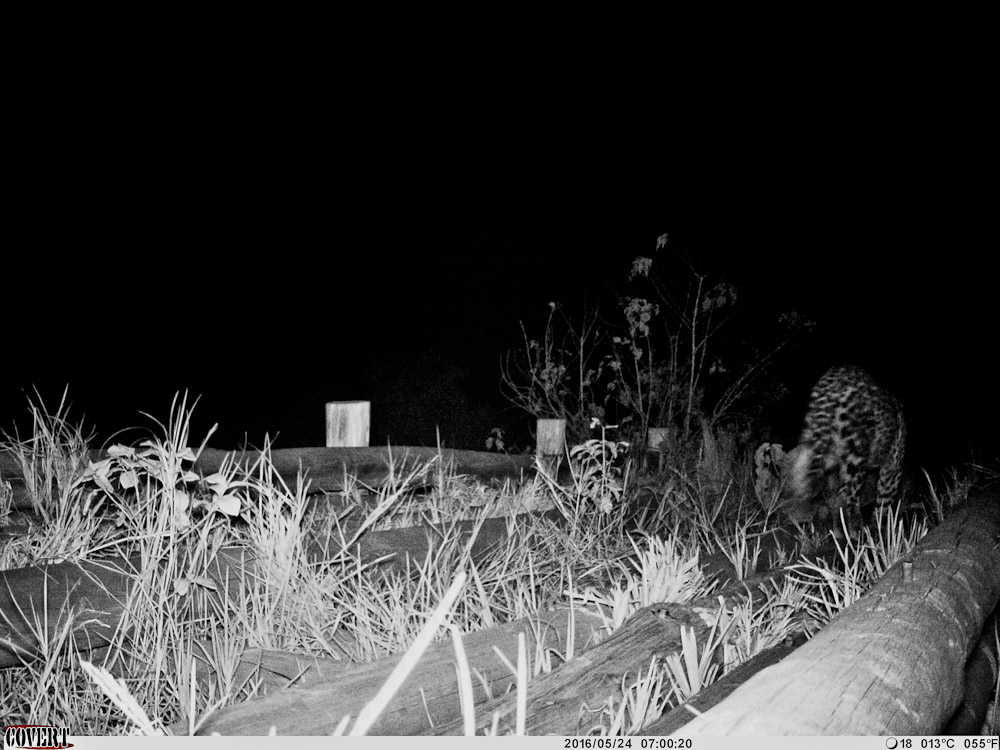 Image 2: @7pm a leopard walks north over the bridge 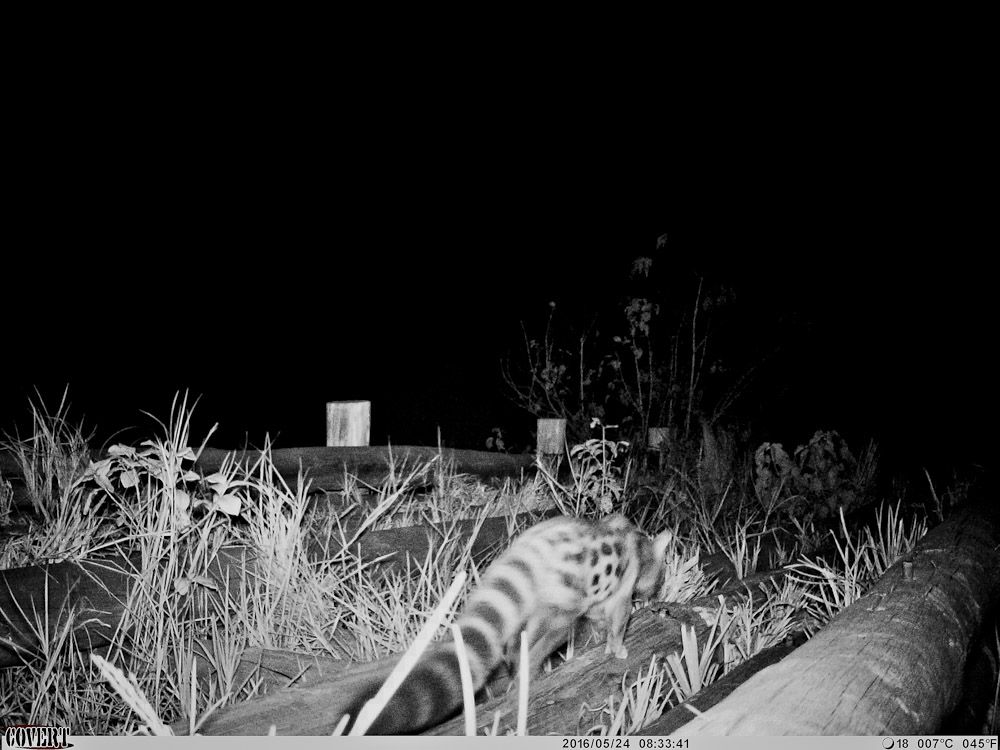 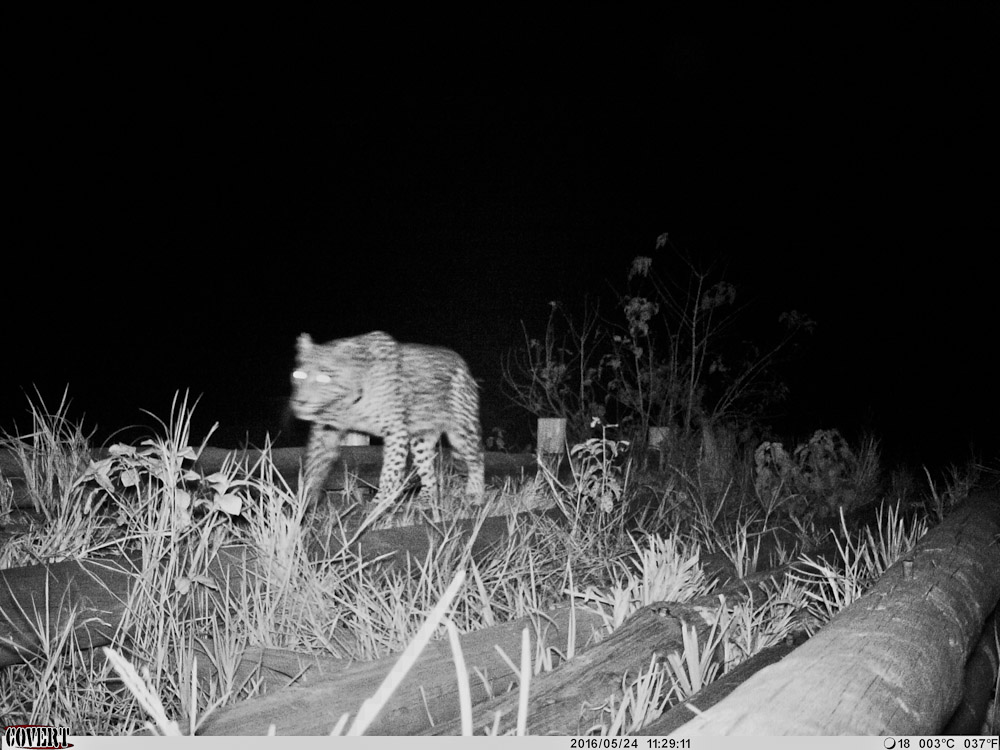 Image 4: At 11:29pm the same or another leopard walks south over the bridge

The night was going very very well for this camera trap and there had been a lot of activity…but just before the clock struck 1am a different kind of animal entered the scene…
This is when trouble began!!! 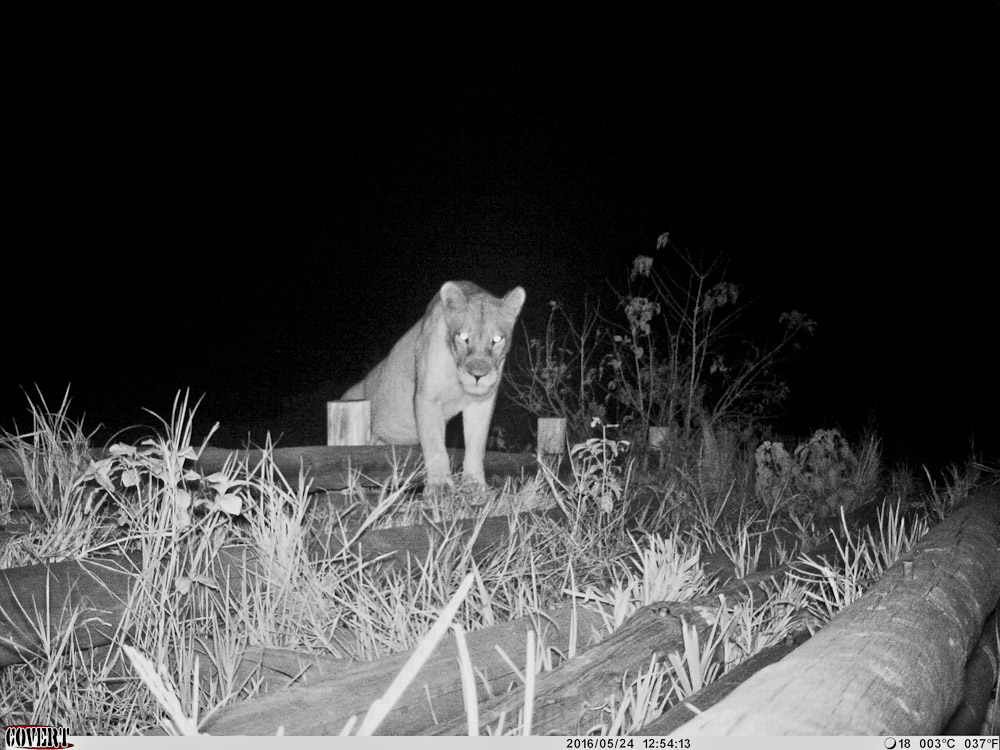 Image 5: Trouble arrives in the form of a young lioness!

For the next few hours there are a few more lion shots and then the last decent shot takes place at 5:40am! 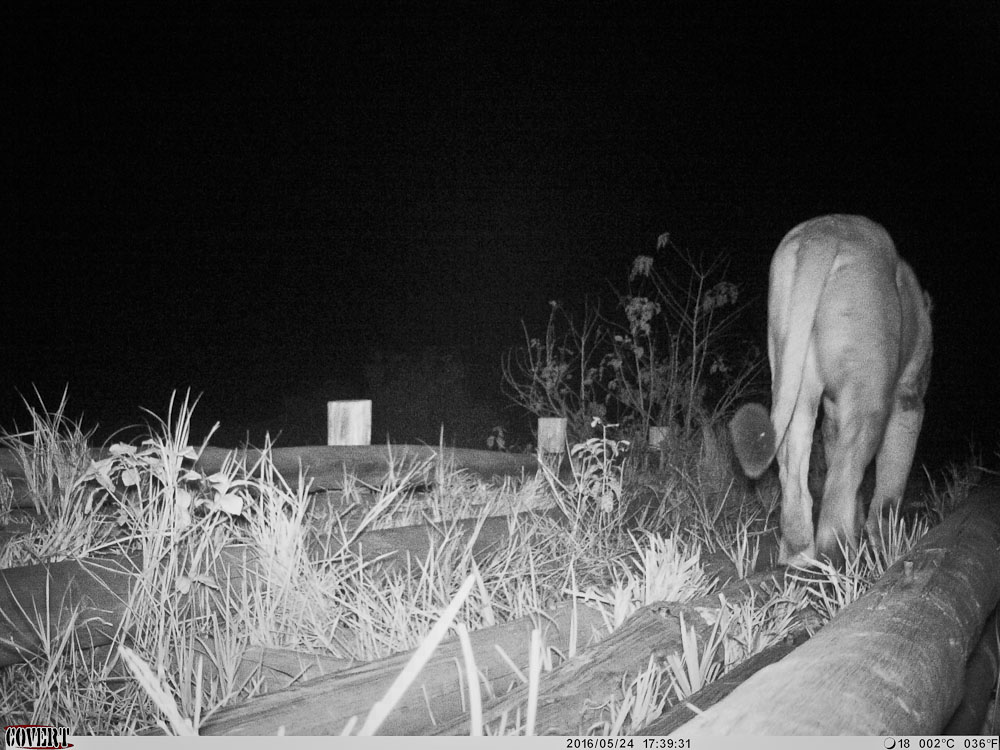 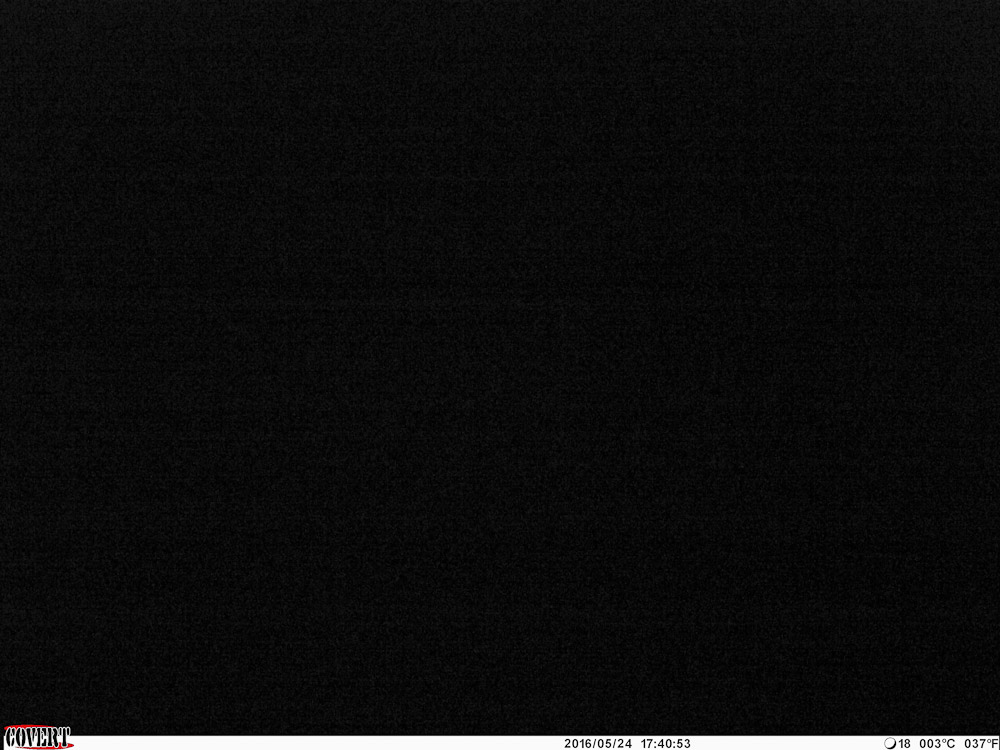 Then as the day warmed up the camera showed signs of life and it was a great opportunity to take photos of the pretty clouds in the sky. 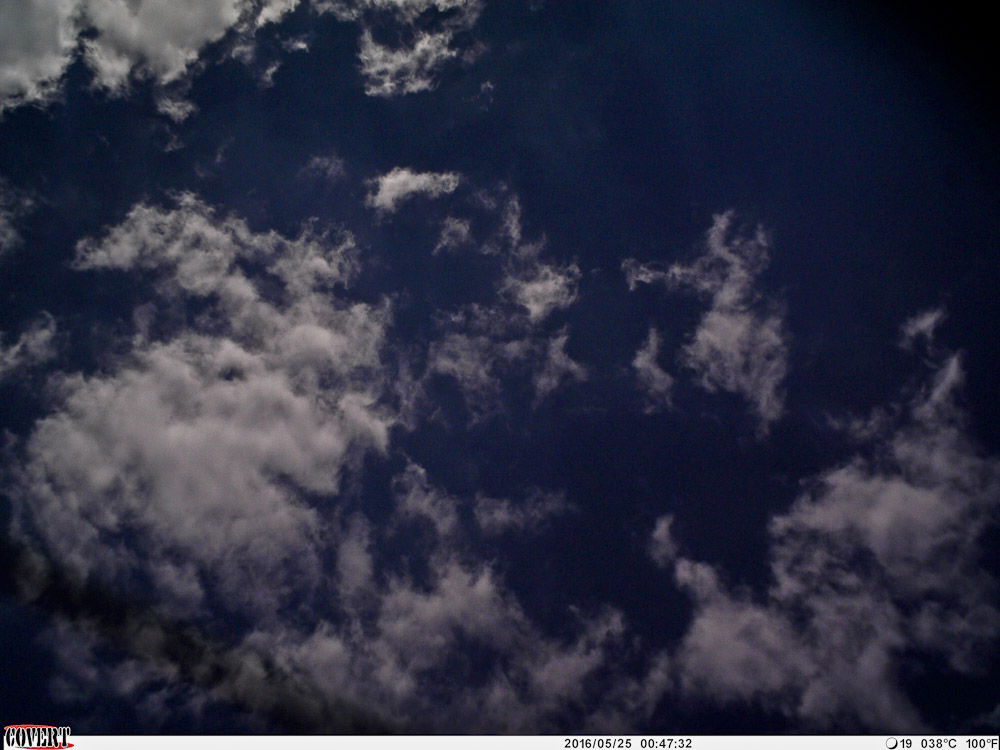 Image 8: The camera Trap has an eye for beauty capturing these clouds 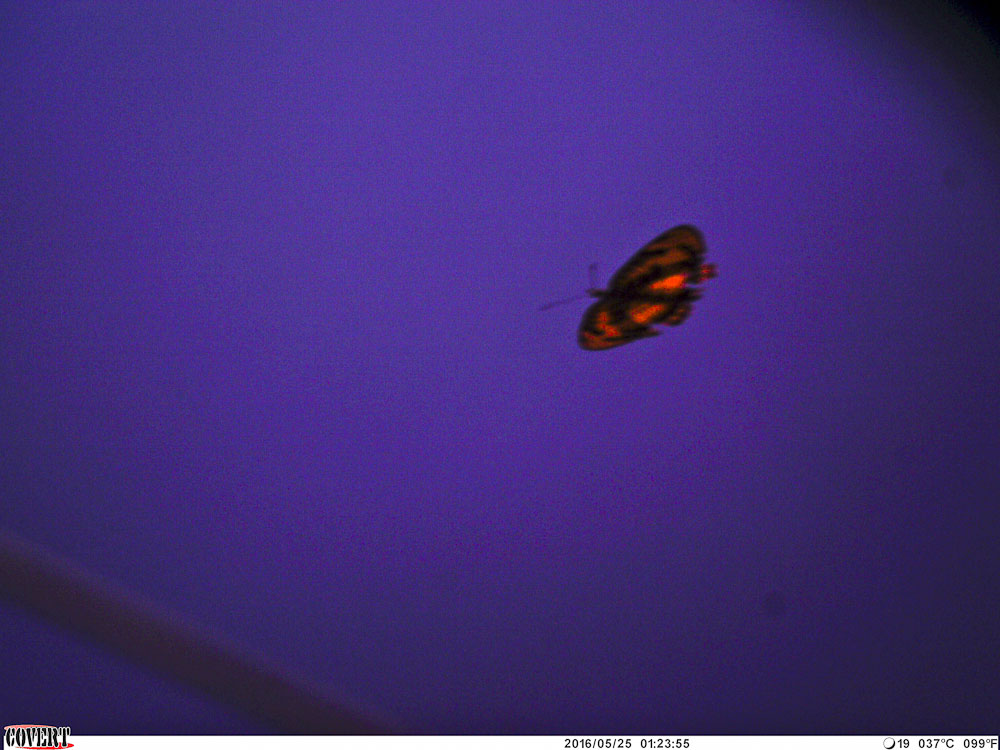 Image 9: A butterfly brings a false sense of calm to the camera trap…this is before things pick up to another levell! 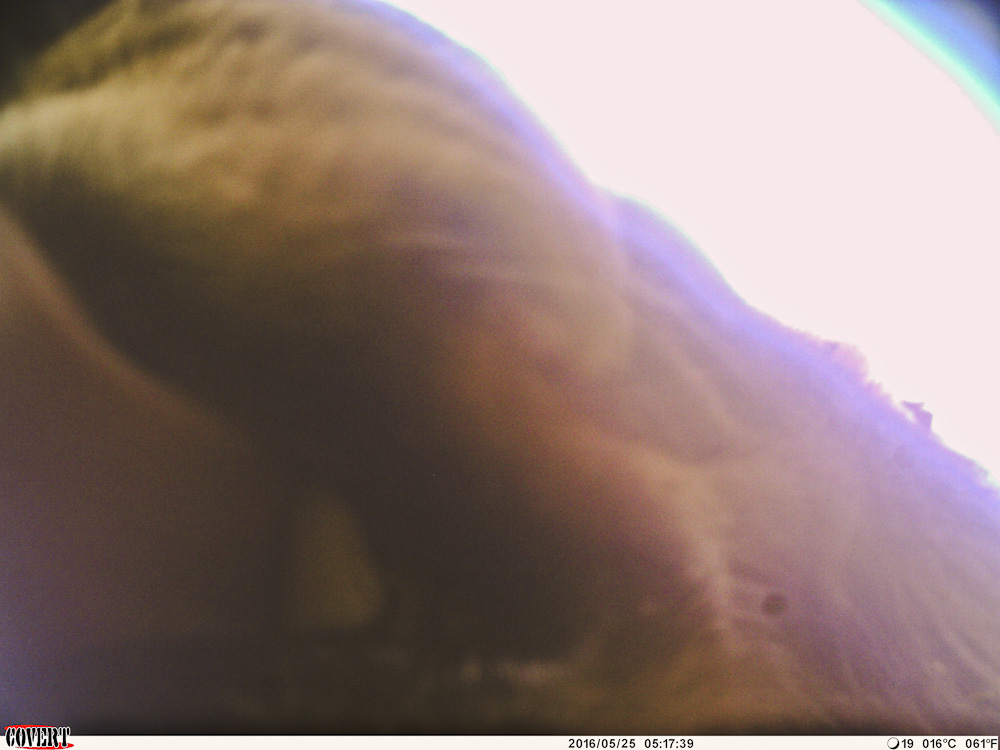 Image 10: @5:17pm lions are back at the camera trap and manage to get it out of its casing! 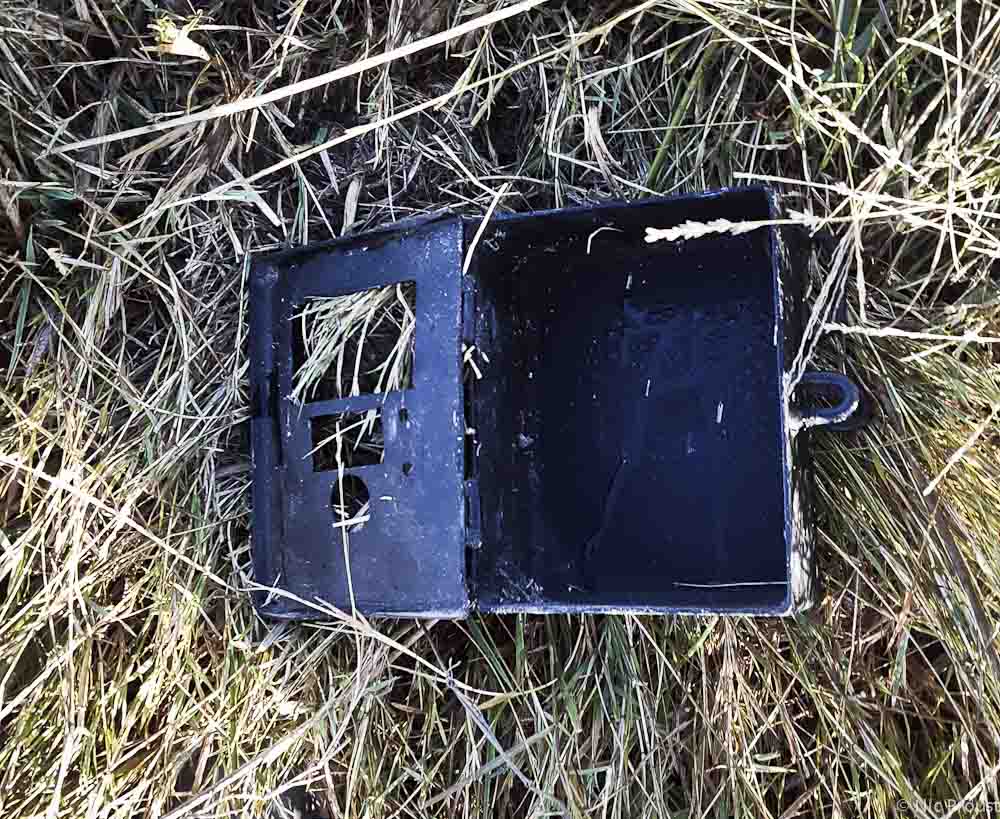 Image 11: This is what the casing looks like and it was found open and the actual camera trap was taken out!

Now I was very happy to find the camera casing but I did not find it like this actually. I had to use a lot of strength to pull it out of the ground…as it turned out once the lions had finished up with it, an elephant came along and took great exception to this funny smelling piece of human equipment and stood on it forcing it deep into the moist vegetation along the channel. Fortunately while it was slightly deformed, we will be able to knock it back into shape to be used again!
After finding the casing in such a state I knew finding the camera trap in one piece was somewhat unlikely…the search began but I was even settling on finding just the sim card! I called camp and asked if we could get a search party together, however that would have only happened later on so I carried on searching in a methodical manner… further and further away through all the long grass and with increasing doubt!!… and then suddenly a good 30 minutes later…there it was!!! 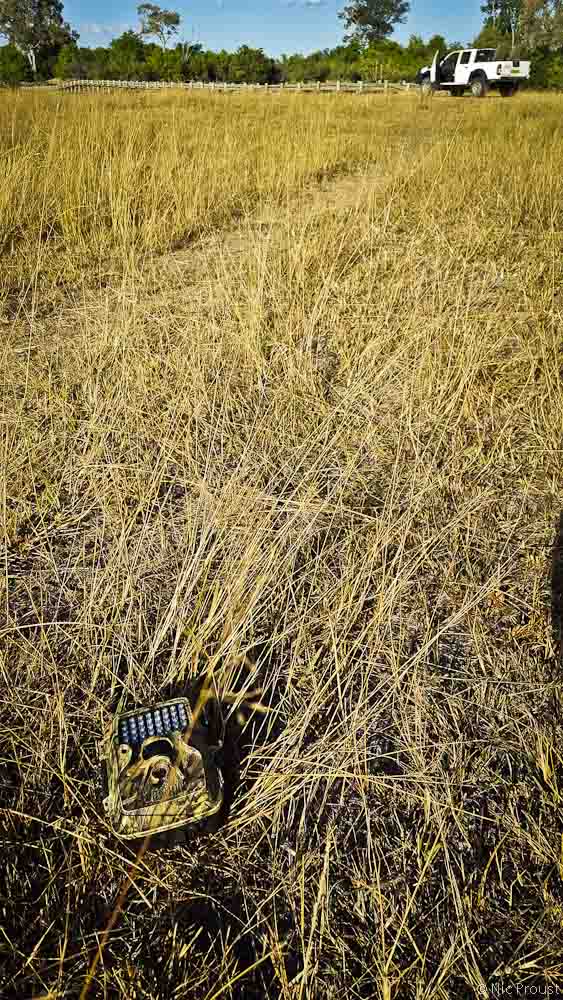 Image 12: The exact spot the camera trap was found – quite some distance from the bridge it was supposed to be attached to! 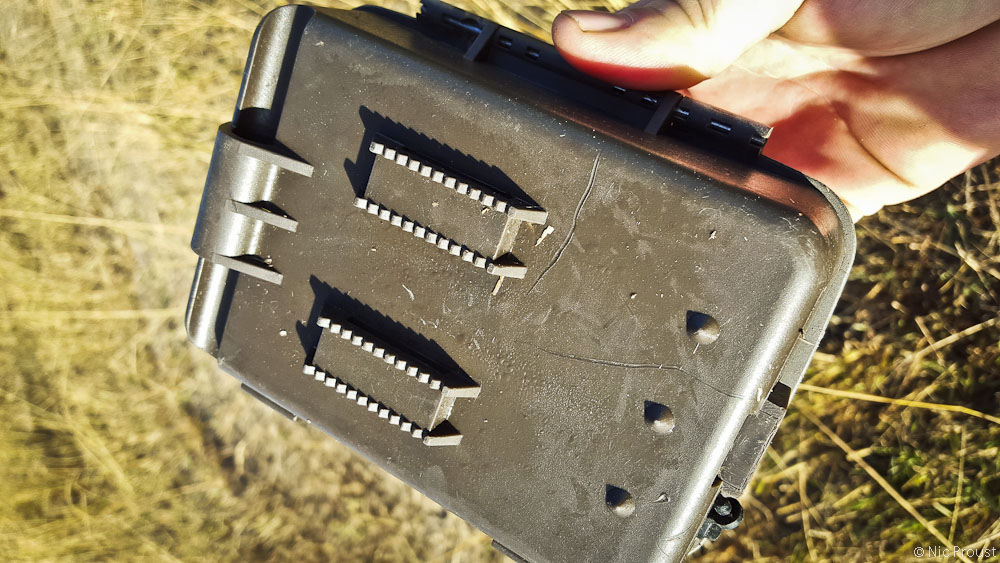 Image 13: And…incredibly…it was in perfect condition barring the odd scratch and a lot of lion gob!

The feeling of finding it was pure elation especially as it was in near perfect condition and going through all the images was exciting to say the least…it was quite clear that the lions had a lot of fun with it and some close-up shots can be seen below. 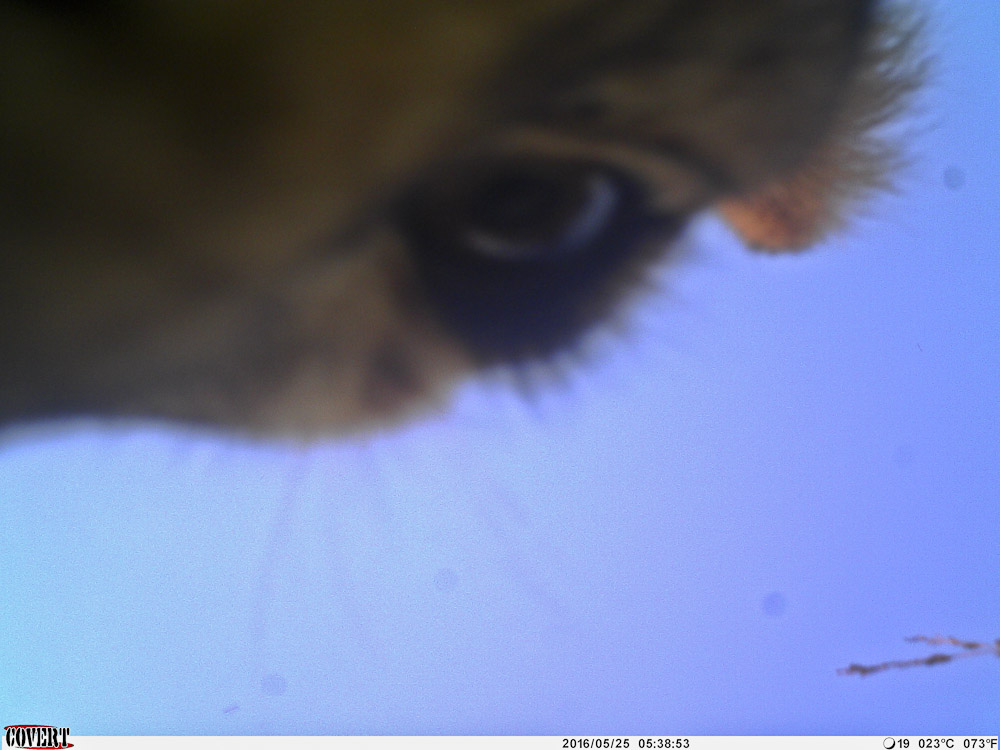 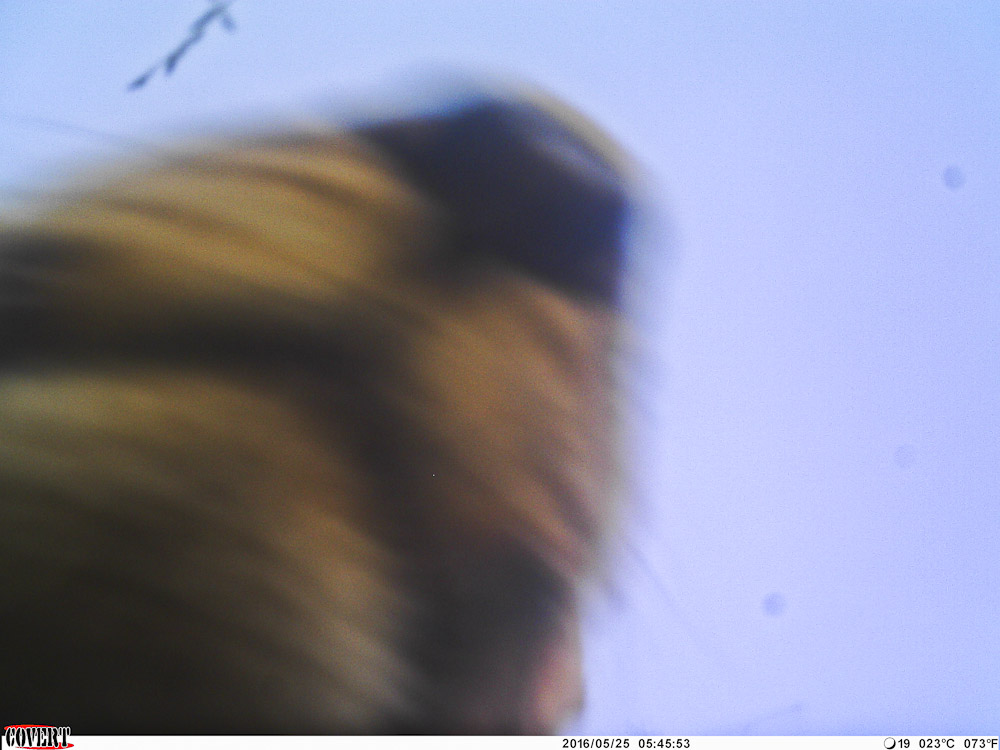 Images 14 and 15: Some close up shots of the lions who played rugby with the camera!

It is really so amazing how the lions really enjoyed playing around with the camera trap over a long period of time carrying it from place to place no doubt with a game or two of tag involved. It is even more incredible that they did not decide to chew it up but rather looked after their new found toy. It was only the following morning that I found the camera trap and even with hyena tracks in the area it escaped another night against all odds!
Anyway we managed to get hold of another casing that same day and put the camera trap back where it belongs…on the Savuti Bridge! …and guess what??? A few days and a bunch of magical captures later, the pride of lions came back for round 2!! Stay tuned for the update..

AND if you are still wondering about that first image…well it is a lion that is looking down over the camera trap from behind!!