Savuti Channel Sunset and a hyena experience to remember!

Home/Bush Stories/Savuti Channel Sunset and a hyena experience to remember!
Previous Next 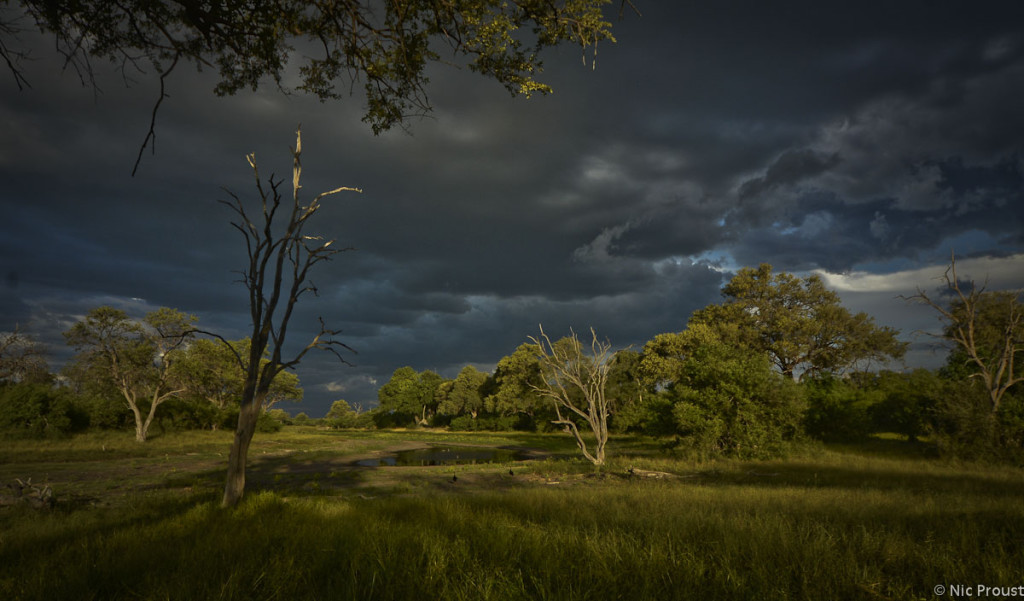 Another day and another beautiful sunset view along the Savuti channel!!…this place we call the backflow and it sure is one of the most beautiful spots along a channel filled with incredible spots!
Yesterday was even more special than the 2 previous days though, as when we went back to check the state of flow of the channel we found that it had pushed a few hundered metres further east right up to the Rock Pan area. It is still impossible to work out exactly what will happen with the… flow this year but one thing is that it is looking like there is a lot of potential for anything to happen; if that makes sense!
Then last night I decided to carry on doing work in the office until fairly late…the quiet environment has its advantages but also it means by the time you have the long walk back to your room at night, that many animals have moved back into camp becuase of little human activity going on. I was feeling a bit more aprehensive than usual and came across a hyena but nothing much happened during the rest of the walk until I got to my room. I had just stepped into the shower when some crazy noises started coming from the bushes across the other side of the channel. Sadly for some antelope you could hear the most awful death calls going on while a pack of hyenas were killing it. About a minute later the death calls stopped and a feeding frenzy ensued. It was all happening a good 50m away so I felt safe enough to stand out on my deck overlooking the Savuti Channel. Well 10 seconds later 4 of the hyenas came sprinting right past the deck chasing the one hyena which had taken the lion’s share of the meat! Suddenly the deck didn’t feel so safe anymore and I jumped back inside as the hyenas continued to fight right outside my room. There is no better feeling than falling asleep at night knowing you are in the safety of your tent while hyenas continue to whoop and cackle away long into the night!