Tarangire: huge herds, many birds – what a gem of a reserve!

Home/Trip Reports/Tarangire: huge herds, many birds – what a gem of a reserve!
Previous Next

Have just returned from 3 days in the amazing Tarangire National Park!

I had wanted to go there for years, after hearing stories from my parents who were there about 15 years earlier. They came back with beautiful images of rolling hills covered with baobabs and umbrella thorns and stories of huge flocks of queleas – that was during the end of the wet season! This is now the dry season, and it is hot and very dry and with thousands of animals lining the water courses, the game viewing is rivalling that of places like the famous Ngorongoro – I cannot believe what I witnessed: huge herds, so much diversity and so much action! It is still all sinking in! 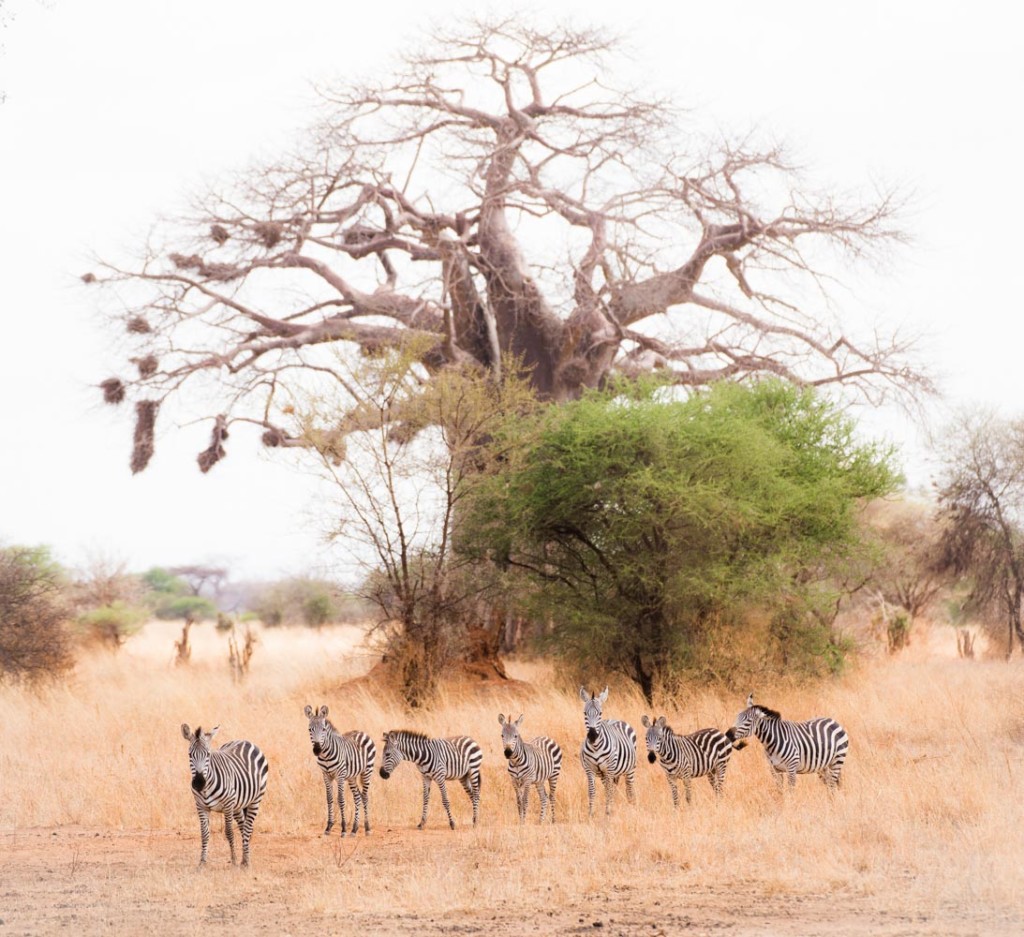 Image 1: As you enter the park from the north the scenery is what strikes one first! 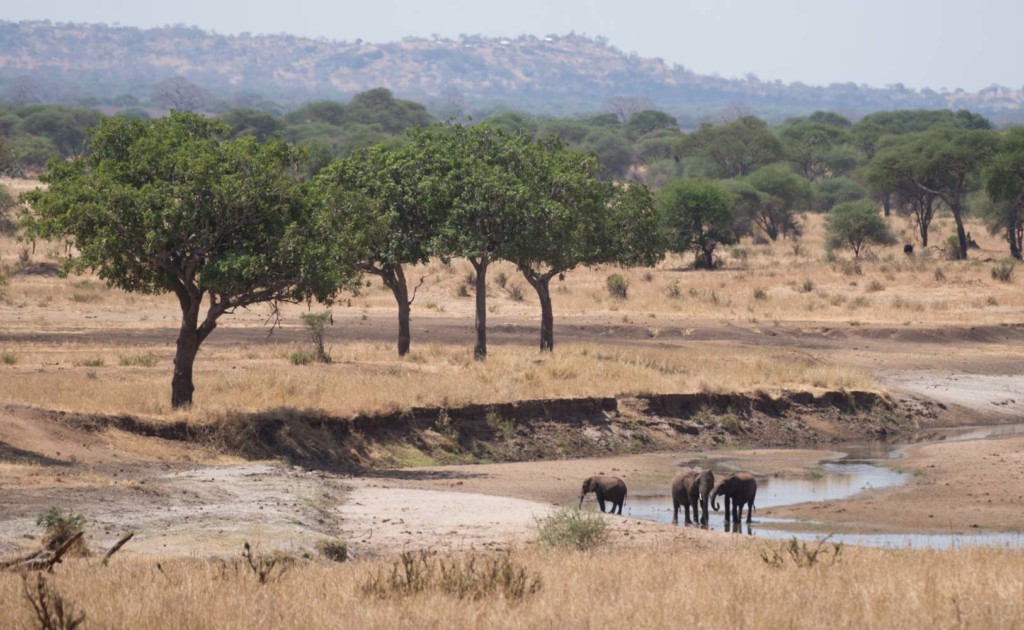 Image 2: Elephants in the Tarangire river

The reserve is named after the river that runs through it – and it is a haven for wildlife that come from far and wide to the last remaining water sources. I believe from what I was told that ‘Tara’ means river and ‘Ngire’ is warthog! The area is an elephant paradise and good news is that the poaching epidemic from 10 years ago that hit the reserve has largely calmed down. Great news for these gentle souls! 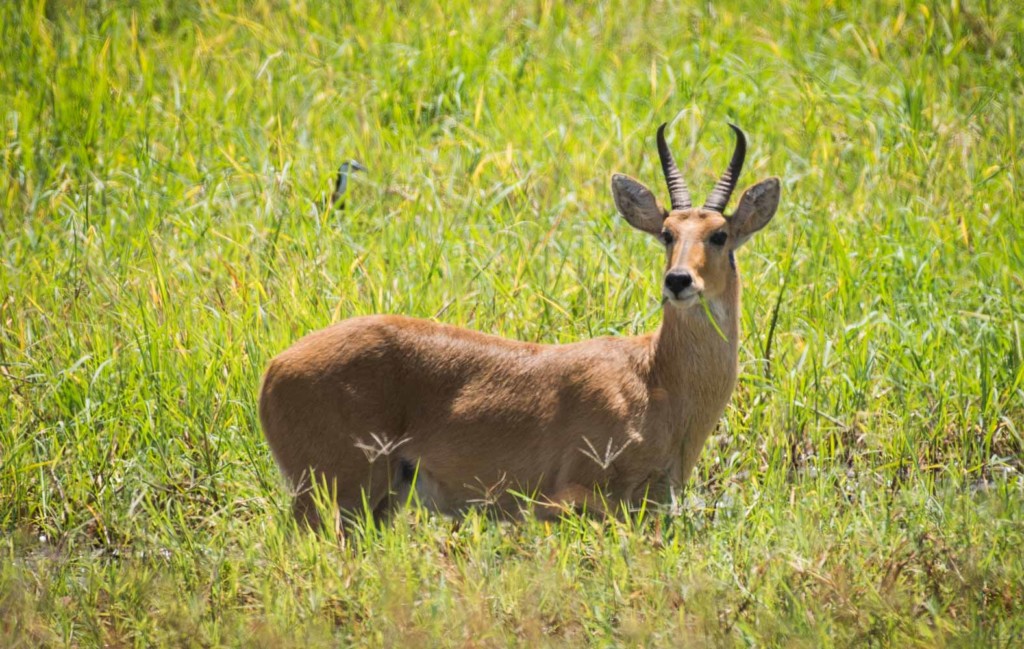 If you are interested in unique herbivores and especially antelope, this place compliments a safari (so well) to the bigger game reserves that Tanzania is famed for. Here both Coke’s Hartebeest (Kongoni) and Bohor reedbuck are specials. The diminutive Kirk’s Dik-Dik are very common, while Steenbok are found in the open areas. Many impala herds dot the savanna and huge wildebeest and zebra herds gather while skittish eland usually make a hasty escape out of the area with their characteristic trot. The park is also home to Greater Kudu, which are not that common in east Africa compared to being very common in Southern Africa.

But the icing on the antelope cake are the Lesser Kudu. I did not see any but we were close and they are often seen near to Asilia Africa’s Oliver’s camp. Maybe as exciting and something I did also see though are the Fringe-eared Oryx, a real special and the sighting of a calf made the brief visual all that more exciting. To the south you will also find gerenuk if you are lucky – the antelope that looks like an impala with a very long neck! 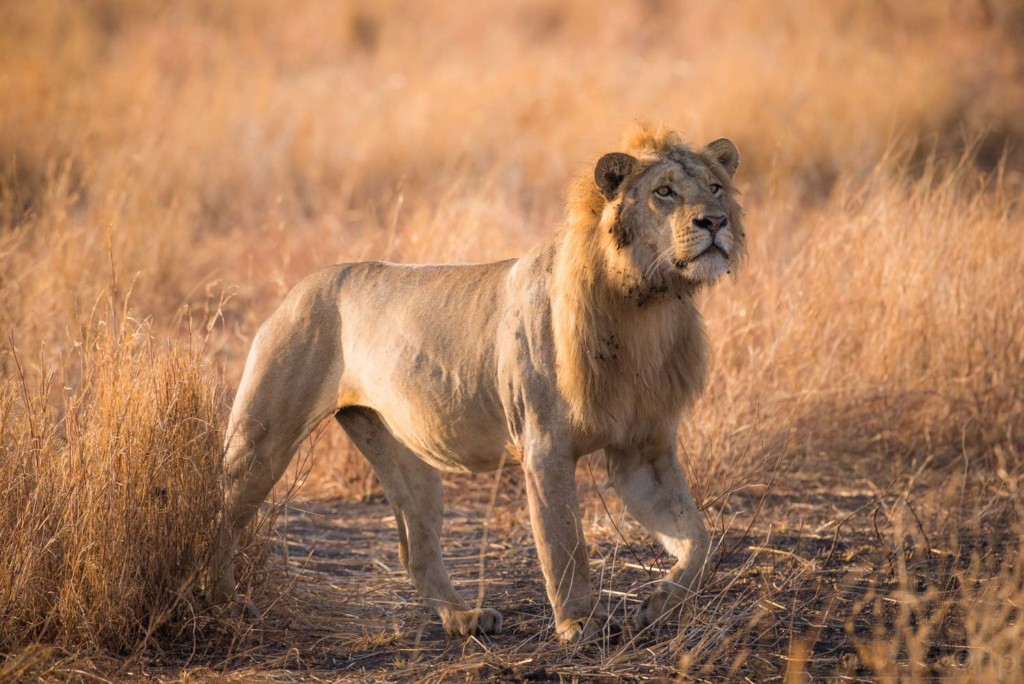 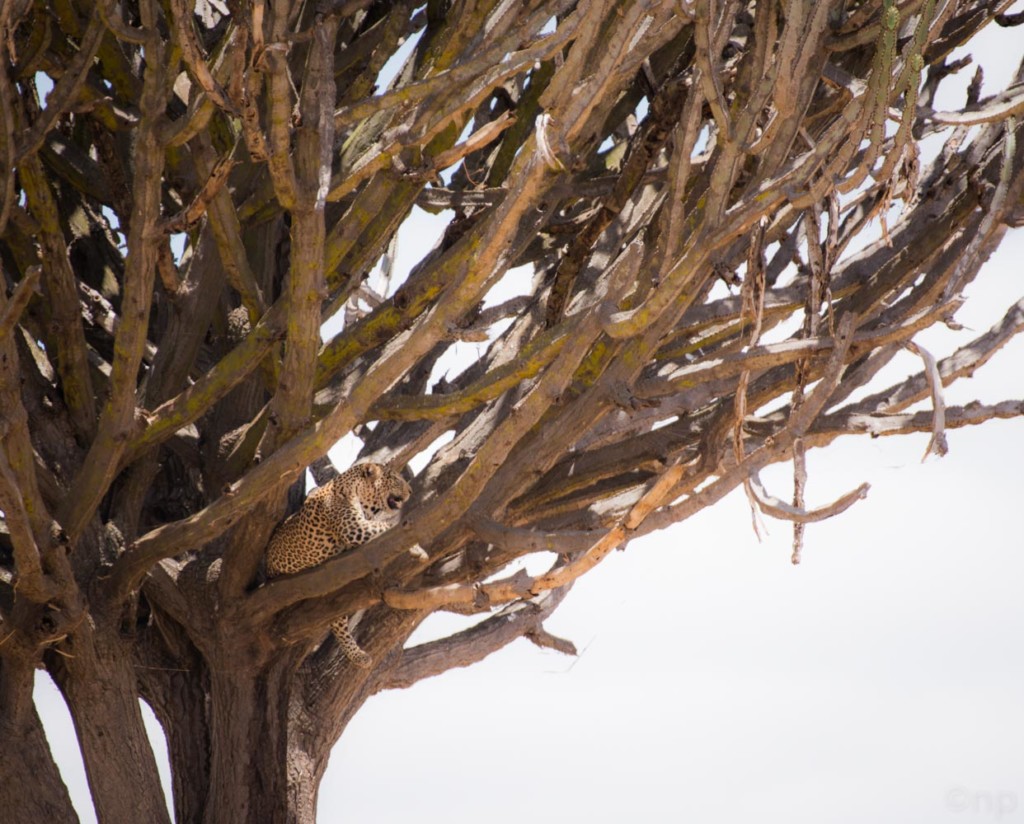 Images 5 & 6: A lion looks across to where a cheetah has his kill and a leopard in a candelabra!

With all the general game, the area has plenty of predators! We saw multiple sightings of a pride of 9 lions that were often splitting up. At least 3 sizeable males and 4 or 5 females gave us some incredible viewing. Image 5 was quite an interesting sighting. The lions knew something was up and they were all scattered around when the next minute a male cheetah popped his head out of the grass and ran off! It had had a kill in the area and the lions were trying to locate it! Looked like it was a young Coke’s hartebeest! 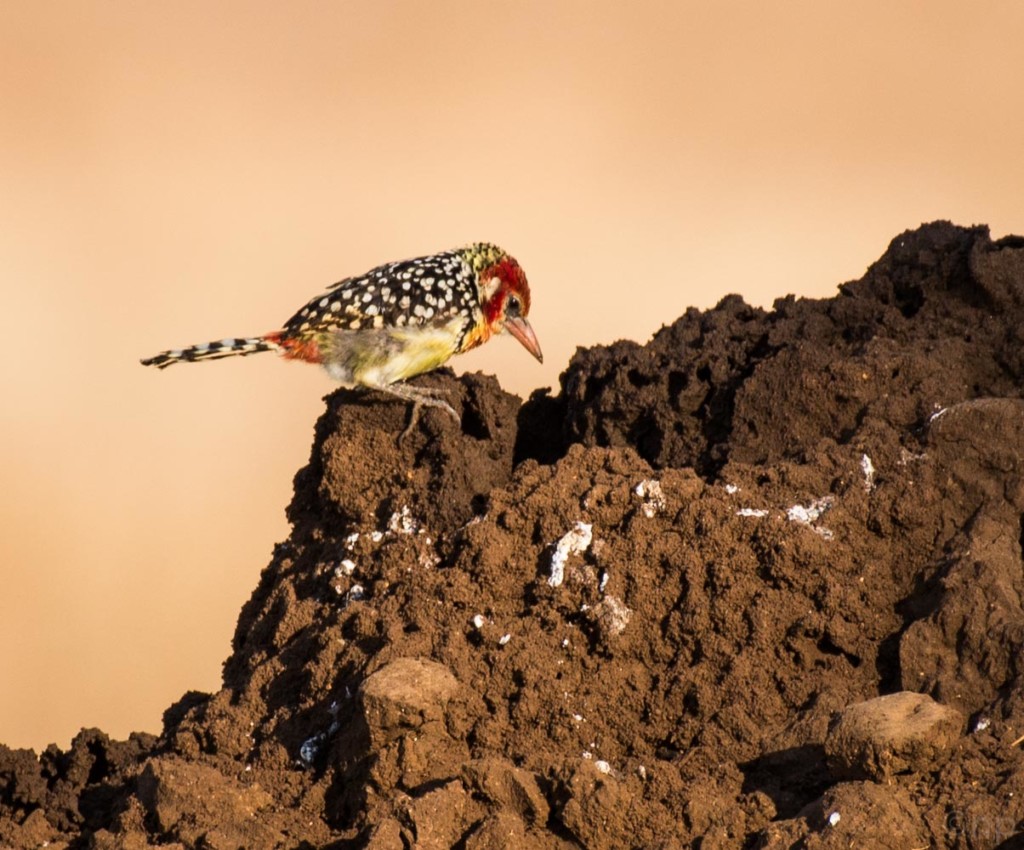 Image 7: A red and yellow barbet! But there is so much more to this image…we watched the bird for 2 hours…

Ok so there had also been lions in the area but we decided to stop and watch this barbet. They are fairly common but to get a photo of one proved trickier than I had anticipated. Here though this one could have been nesting in and old termite mound?

While this sighting was going down we saw in the background 2 lions get into position at the edge of a huge swamp. The wind was in their favour and there were persistent herds of Coke’s Hartebeest making their way for a drink as well as some edgy wildebeest and zebra which new something was up!

The first attempt by the lions on the hartebeest was the usual outcome. A pretty useless attempt;) …but it produced some magic. The action disturbed a female serval and her youngster which although remained just out of reach of a good shot, made their way into some thick grass close to our vehicle. The lionesses repositioned themselves.

It was some 2 hours later and our patience paid off! If only the herbivores of Africa had a better communication system, then they could have warned one another of the impending danger that lay ahead. 5 poor thirsty hartebeest fell right into the trap and the 2 lionesses cornered them chasing one into the swamp. It was game over! 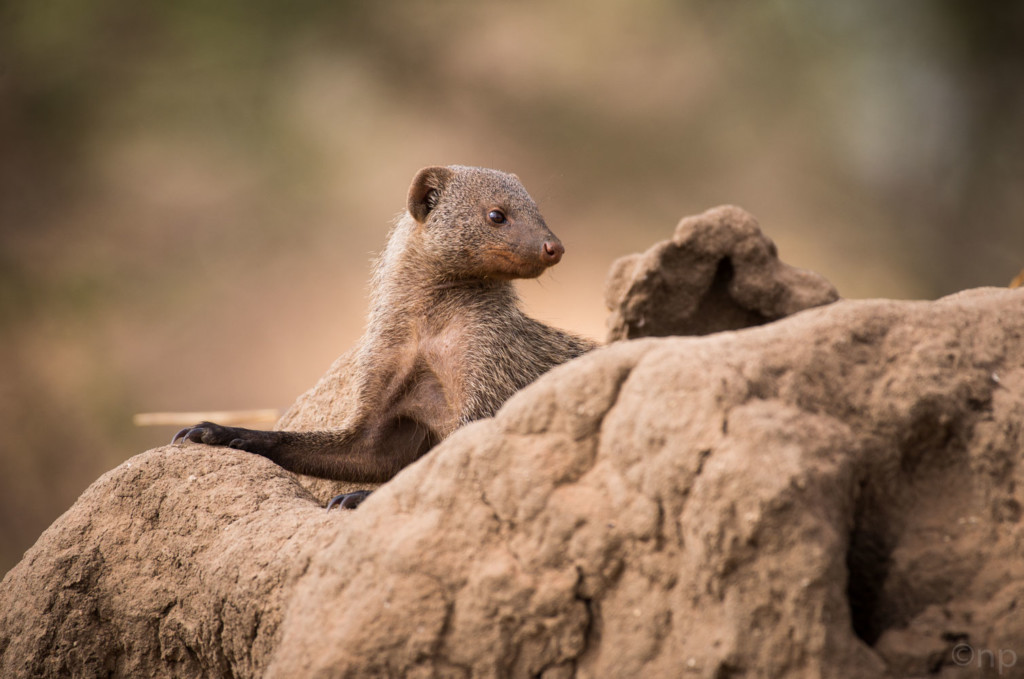 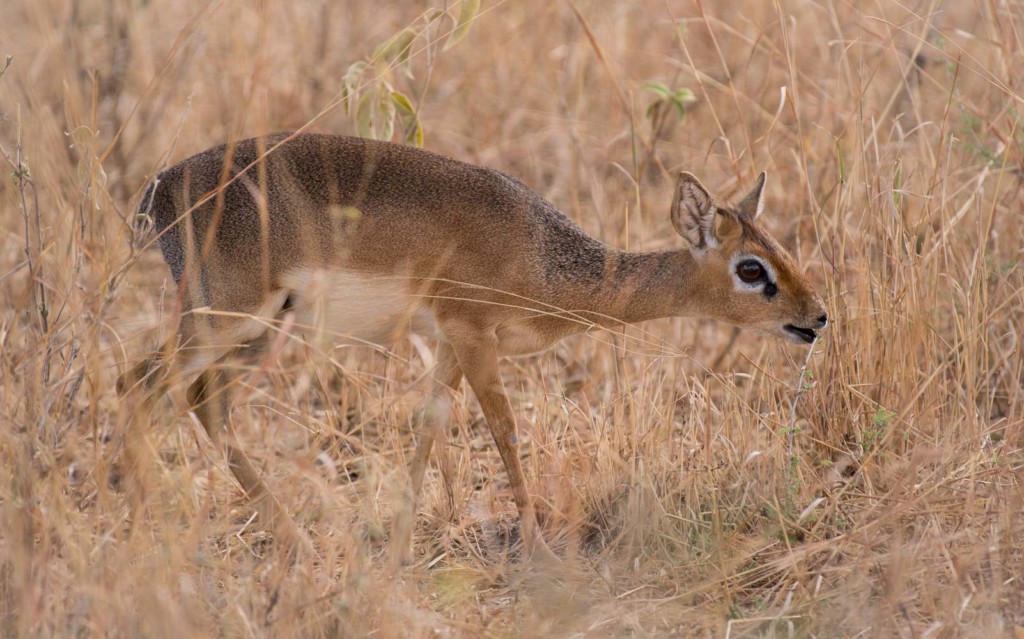 Image 8 & 9: A banded mongoose sits atop a termite mound while a Kirk’s Dik Dik feeds close by

Images 10-12: some landscapes – Ostriches, general game in the river and buffalo on the swamp!

And then there are the birds…with over 550 species recorded in this huge area this is quite the bird watcher’s and nature lover’s paradise! 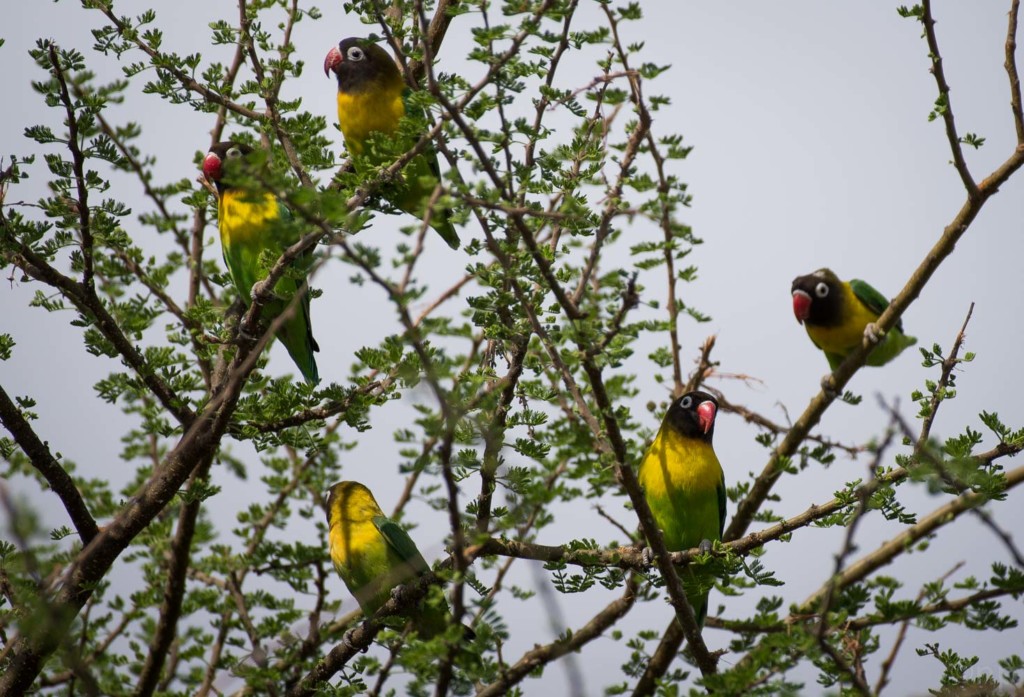 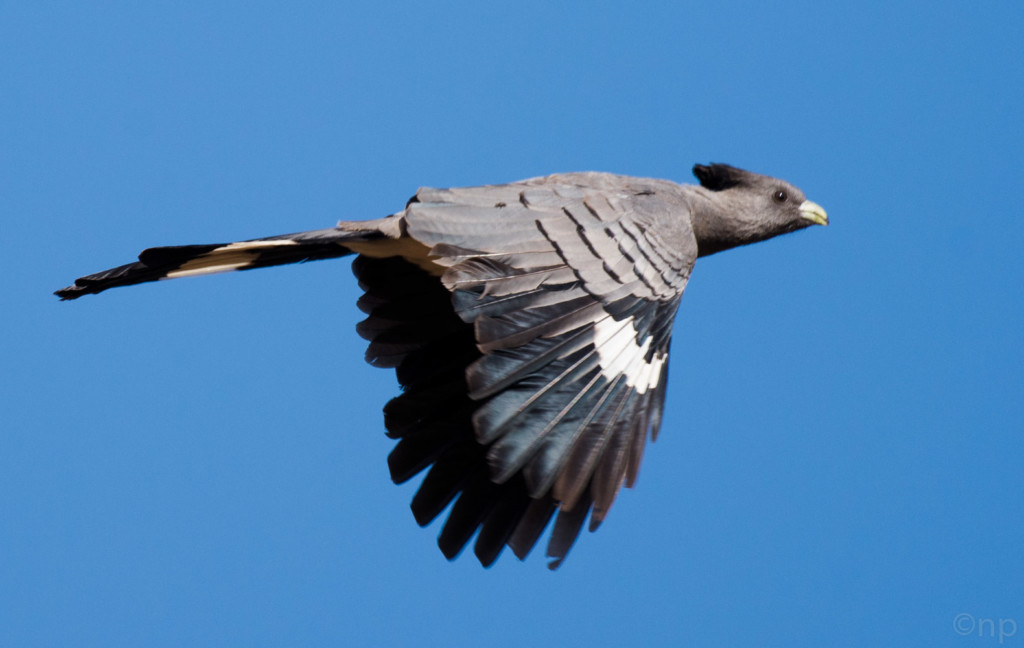 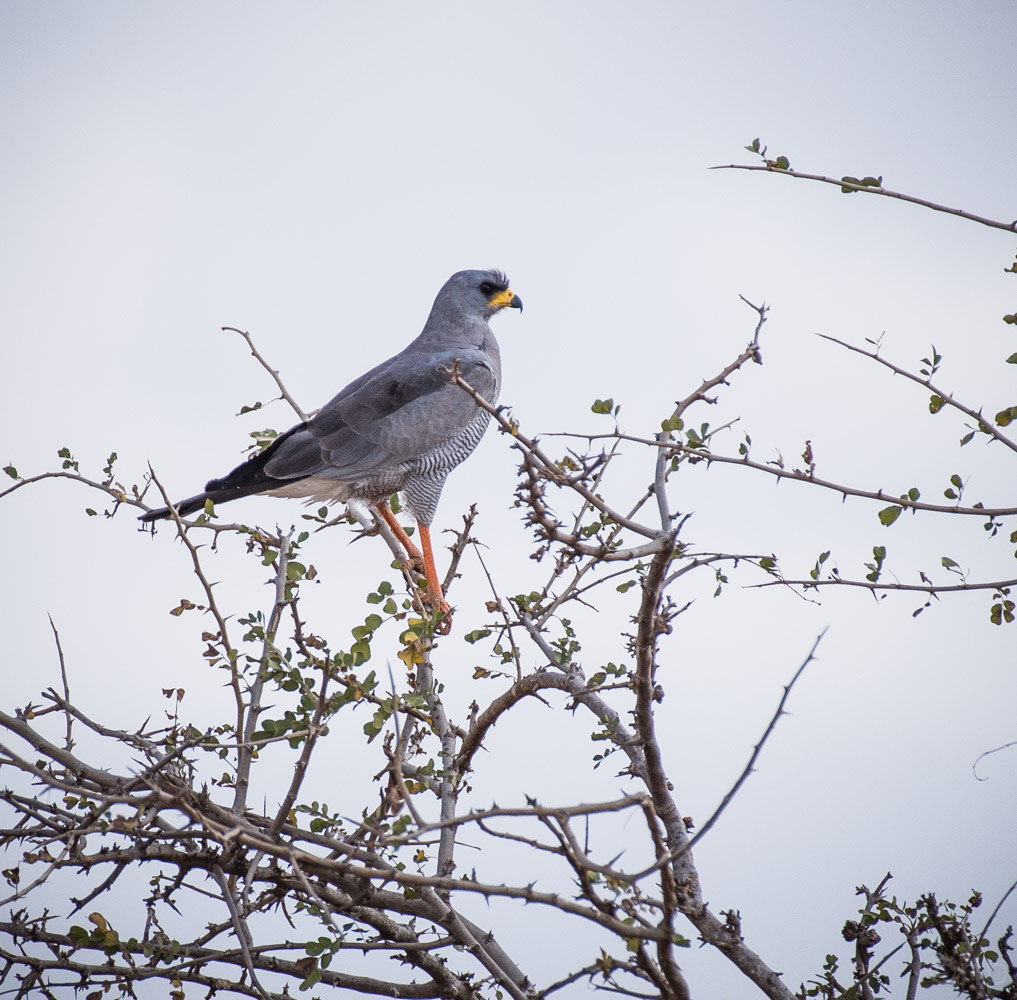 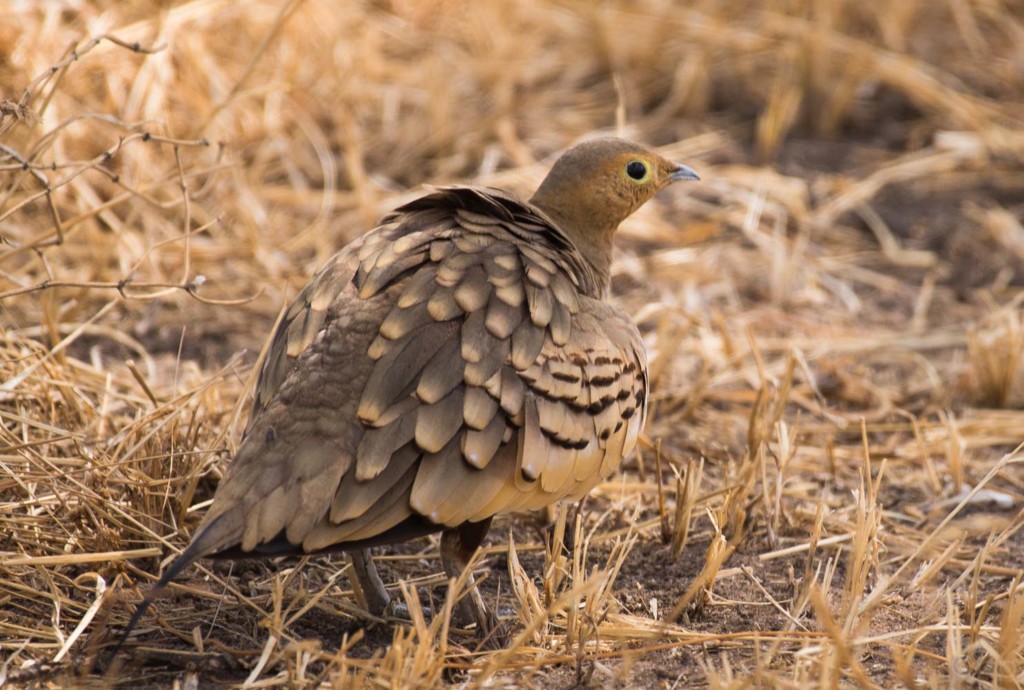 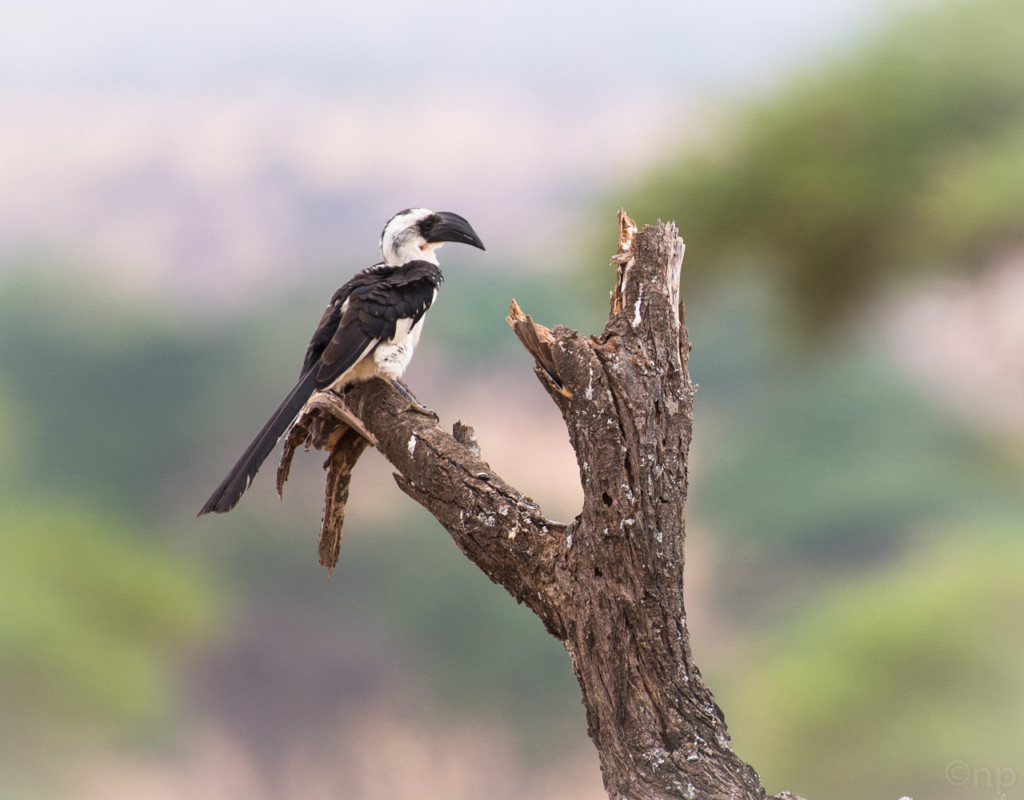 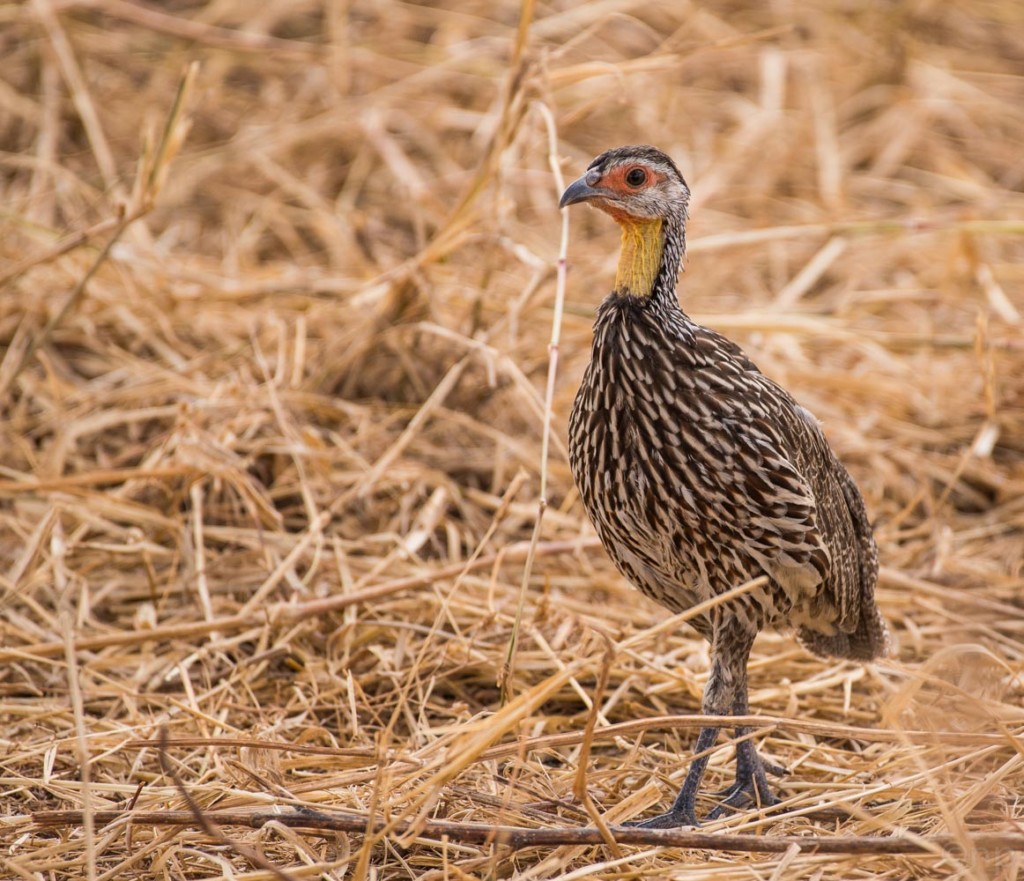 And not birds but bats….!!! Anyone able to identify them? 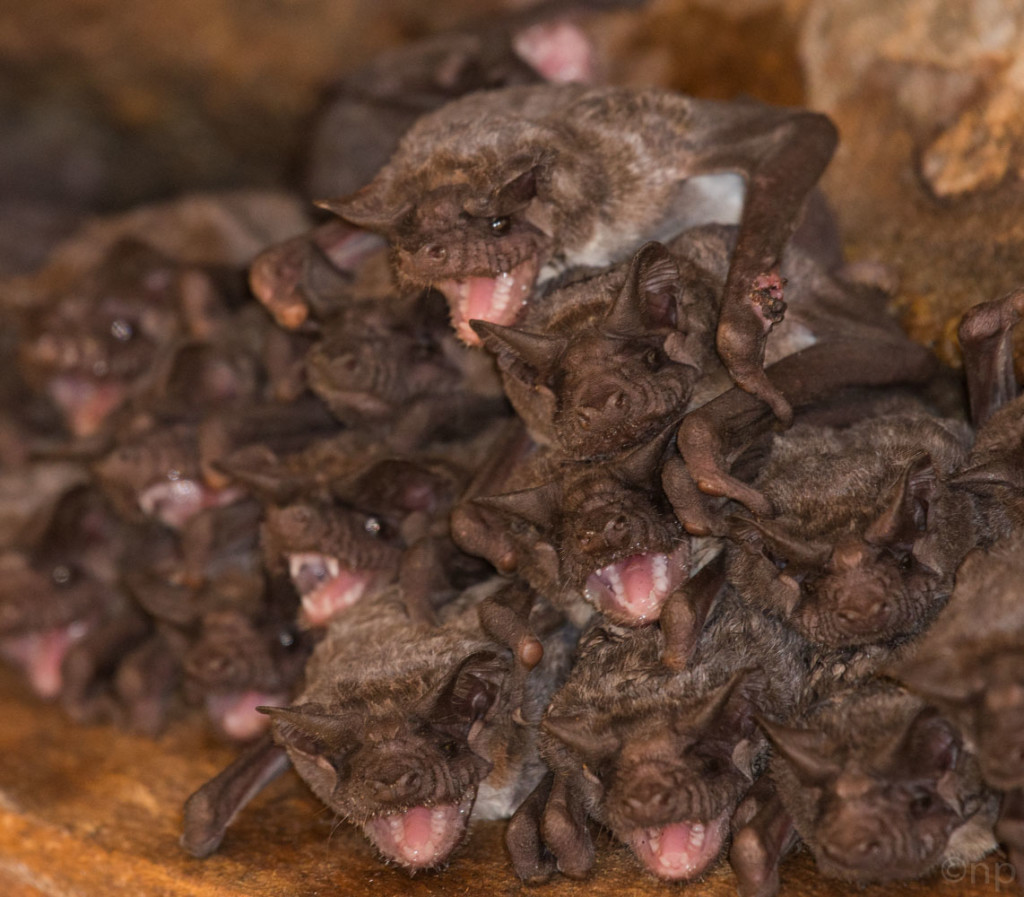 Image 20: Which bat species? Found in a disused hut at Kuro airstrip!

Big thanks to Jon and the Oliver’s Camp (Asilia Africa) team for having me over. I really was lucky to have Gilbert as a guide. He is keen and passionate.

Ahsante Sana for reading! This is Tarangire!