If this was a dress up party then the Grey-Crowned crane would be a serious contender for top prize, right?

You then have to ask yourself how such a bird evolved such crazy head gear!!? Nature never ceases to amaze!

The National bird of Uganda is widespread across Sub-Saharan Africa and while is stunning in looks, can be somewhat comical in behaviour.
You get them as far south as South Africa although you would have to know where to look to find them as they are fairly rare – but up in East Africa they are plentiful in many places and in the Ngorongoro crater for example, they are found in good numbers!

Standing at about 4 feet tall this is one of 15 species of cranes found around the world. Most are endangered but this one is still doing ok. In fact you should try and see them sometime in the wild especially when doing their mating season!
If then their head gear doesn’t win them first prize, the combination with that mating ritual will secure it for sure! 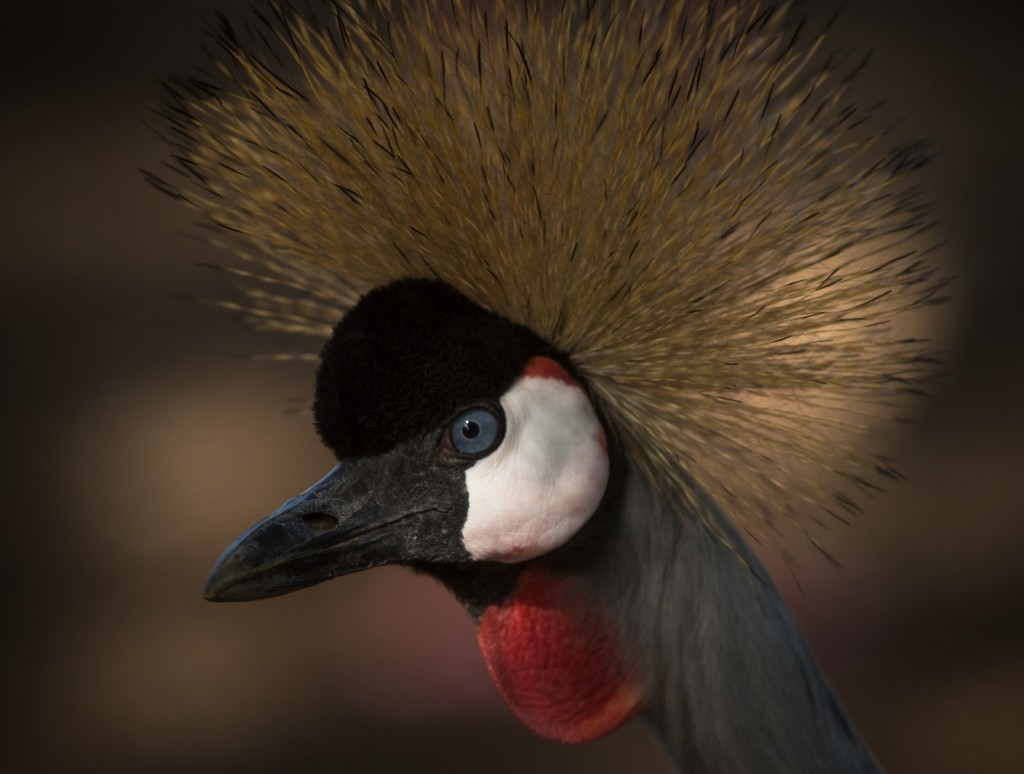