This is what happens when a hippo uses your boardwalk!

Home/Bush Stories/This is what happens when a hippo uses your boardwalk!
Previous Next

This is what happens when a hippo uses your boardwalk!!! 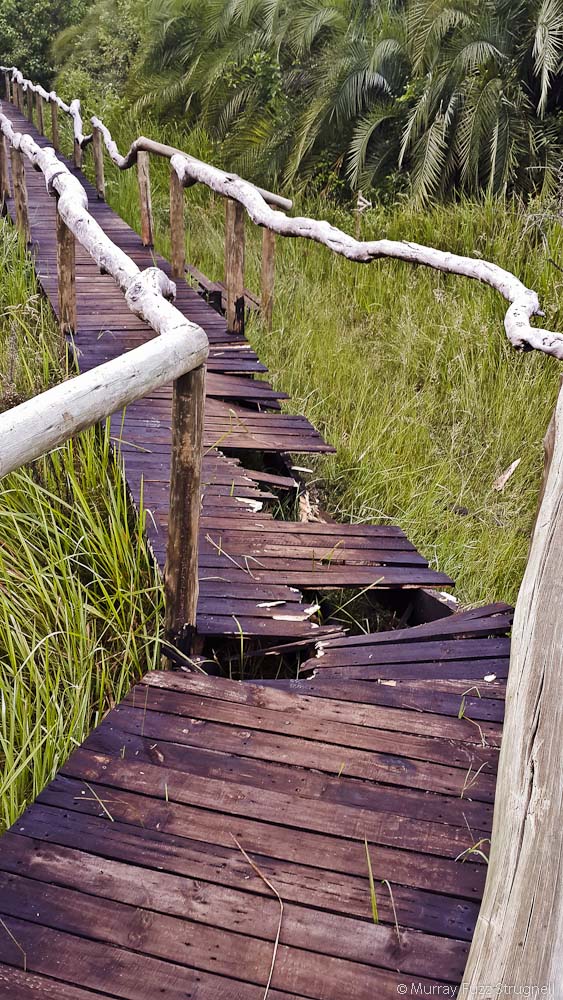 Good friend and manager of Mopiri Camp in the western Okavango, Murray Fuzz Strugnell witnessed one crazy event! Him and a fellow manager were watching as 2 hippos were engaging a fight in the lagoon in front of camp. They first ran underneath a walkaway and then another walked around to an area where it could not get past the deck so instead of walking back around around it, it decided to walk onto the boarwalk!
The rest of the images tell the story but hearing Murray tell it first hand was priceless! I have it on video and thinking of posting it sometime! Murray…what should I do…should I edit out the odd swear word and post it?? haha…at one stage Murray explains how the one hippo (in its bid to escape) first damaged the boardwalk to get on and then eventually fell off as you can see from the images. He was also thinking at the time that maybe the hippo was going to jump into the swimming pool…now that would have been a disaster for the camp…not only a maintenance disaster but how would they have got it out? 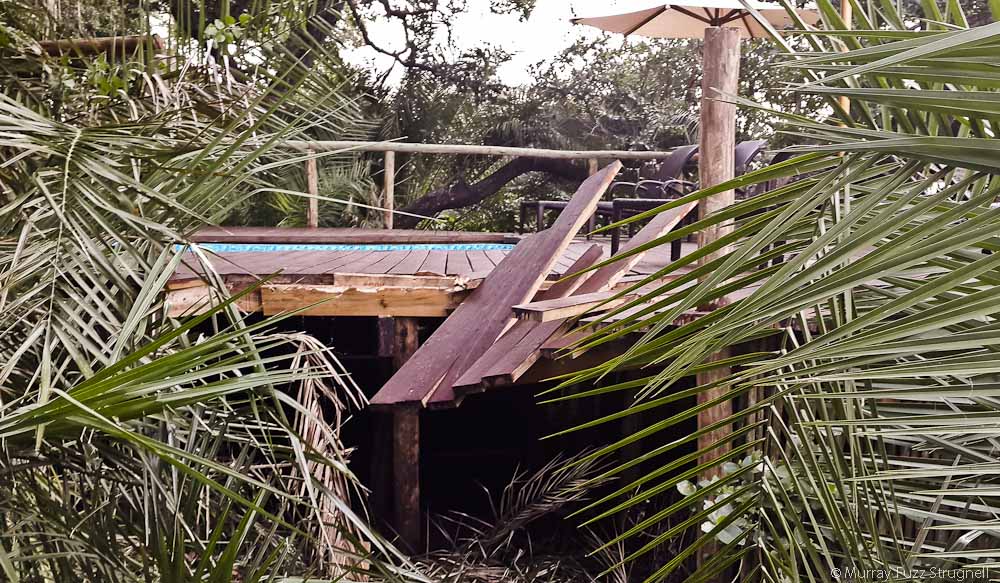 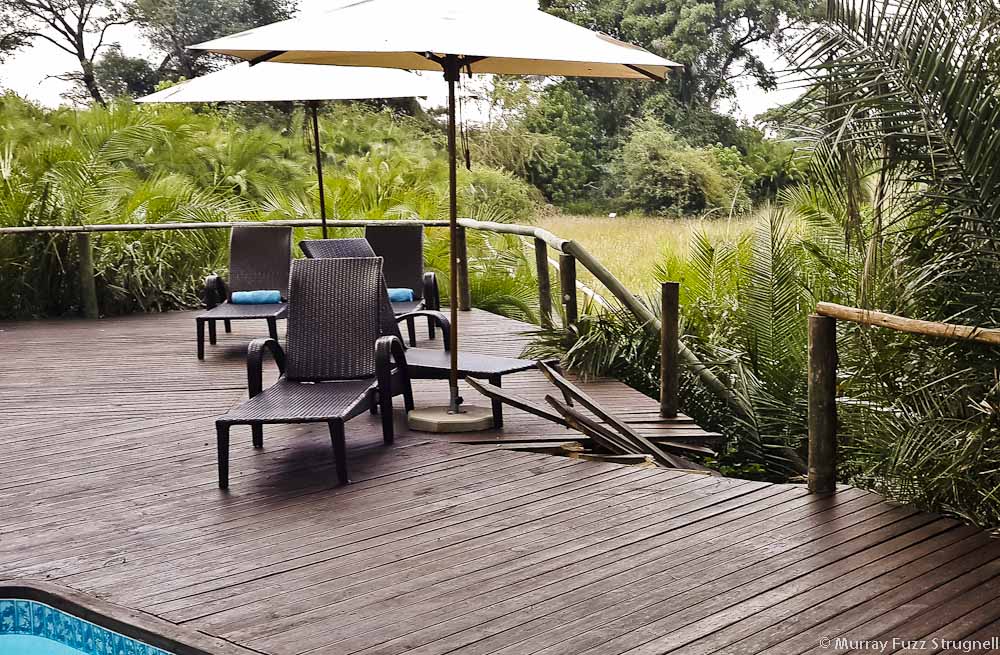 Most camps in the Okavango have some sort of hippo activity in and around them and as a result the best way to build a camp is to have sections with high boardwalk (so animals can move underneath) and then have these sections drop down to ground level along natural animal pathways. This means most wildlife can move unobstructed through the camps and thus we end up having minimal impact on wildlife.

In this instance the hippos’ fighting caused some unusual behaviour and perhaps the one animal was so desperate to escape the other that it ended up taking the only option available to it at the time…and that was climbing onto the boardwalk to escape! Fortunately though, even though the poor camp maintenance team had a big job on their hands all ended quite well! 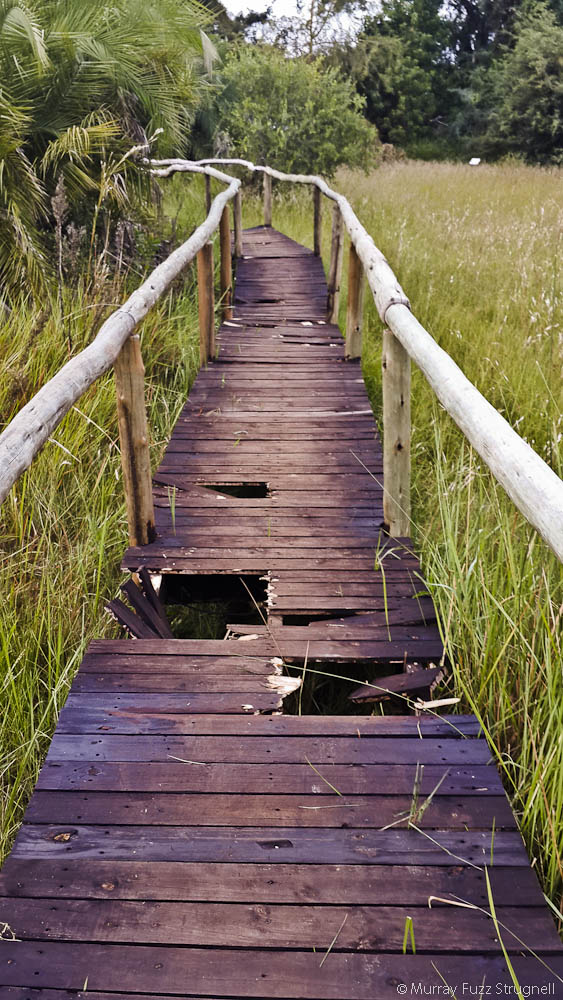