Summer of 2020/1 has brought huge rains across most of Southern Africa with some areas seeing their best rainfall in decades. This is amazing news for drought stricken regions which have been gripped by extremely dry conditions for years. Finally now in Southern Namibia and in parts of the Northern Cape of South Africa, can we say the drought has been broken. And in what a spectacular fashion!

Have a look at what it is like to drive on through a normally dry area in Namibia when the rains have come in! Must say some excellent calm driving skills: https://bit.ly/3oZysv4

As usually happens, when it rains, it pours and this has been the case across into Botswana and Zimbabwe too. In parts of the Okavango delta, we have already gone well above the average annual rainfall for this season alone with some stations already passing the 600mm mark with a lot more predicted on the horizon. I have been tracking maps since early November, and in 8 years of tracking the sub regions rainfall patterns, I have never ever seen it anything like this. There has been moisture consistently over the interior for three months!

This has been some rare good news and while localized flooding is not always pleasant, most structures and livelihoods have remained in tact. However, the image below makes for some pretty scary visuals –> there is a massive cyclone (Cyclone Eloise) brewing over the Indian ocean and it is about to make landfall in northern Madagascar, bringing with it very strong winds and huge amounts of rain. 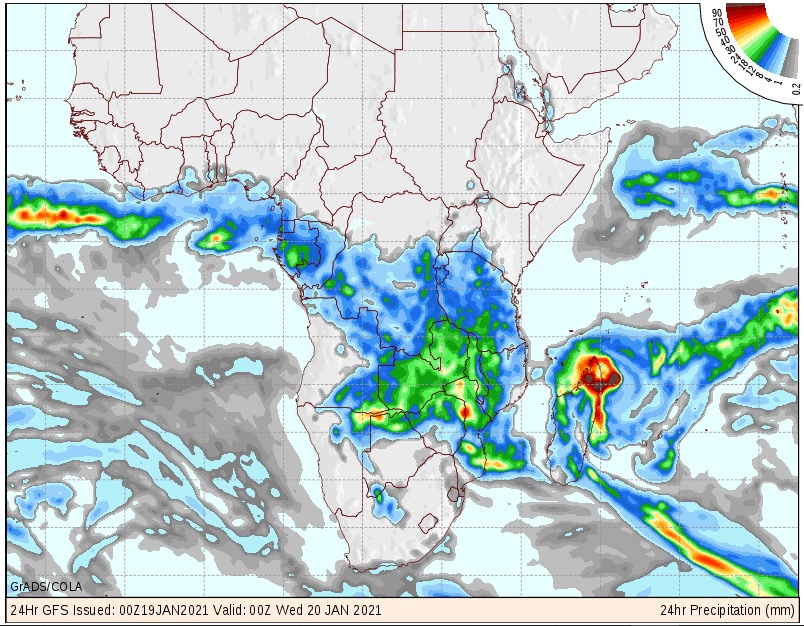 It will dissipate to some extent as it makes landfall but with the high sea surface temperatures in the Mozambique channel, it is predicted to reform into a very serious cyclone, the likes of which rarely hit central and southern Mozambique.  By Sunday current predictions suggest it may make its way all the way South West to the Kruger National Park. If this is the case, the already very good rainy season could see some of the biggest flooding since the 2000 floods when the park was mostly closed. The path of these cyclones are difficult to predict when they make landfall, so the current images will likely change to some extent. All we know is that it looks like big rain and the chance of flooding will be associated with this cyclone so people need to be on standby to prepare for the worst. 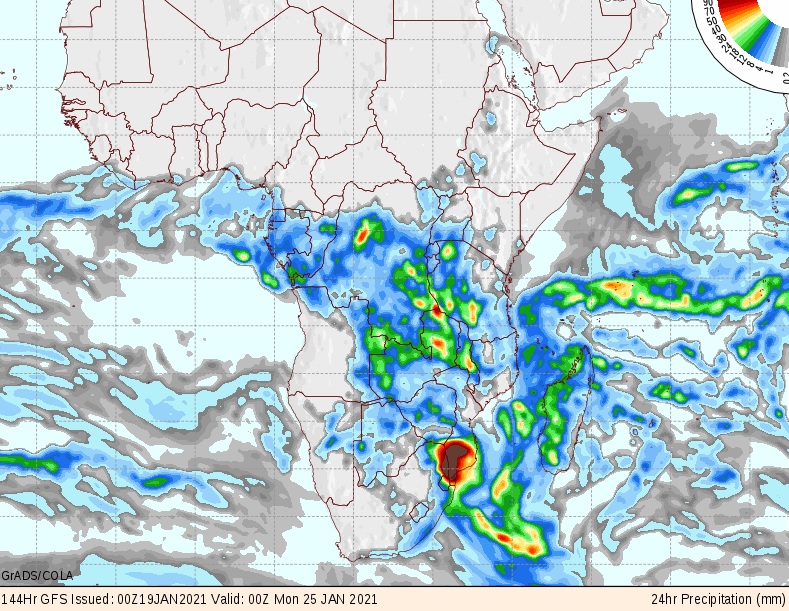 This cyclone will lead to even more rain falling in the subregion with the remarkable summer continuing. We very often get most of our rain in January all the way up until mid-March, so being well past annual averages in many areas already, means who knows what we still have in store? We could break some old records?

For those people who love the Kgalagadi, we also have exciting news with the White Nossob river flowing strongly. It still has to link up with the Black Nossob and fill a couple of dams on the way, but if the rainfall continues like this, we could see something that has not been recorded in half a century – could the Nossob River flow into the Kgalagadi, link to the Molopo River and then continue onwards to link up with the Orange River? If this happens it will be huge news but as things stand we will probably need another significant rainfall event – but who would bet against it, the way the world has been over the last 12 months? Anything seems possible!

Then here is a link to some fantastic images taken in Namibia’s Sossusvlei: https://bit.ly/2XXw7EM

It is the first time the vlei has had so much water since 2011. It is a marvel of nature and so exciting to see it like this!

Then below are the latest hydrographs for the Zambezi river and the Kavango river at Rundu.  While it is still early to predict what will happen, the fact is that with all the localized rainfall this year, the Okavango flood levels will be very good come mid year even if not much water comes down. However at this stage it is looking like it will be an above average flood once again with the water more than likely flowing all the way through and into the Makgadikgadi. As things stand parts of the Makgadikgadi pans are already deep in water! 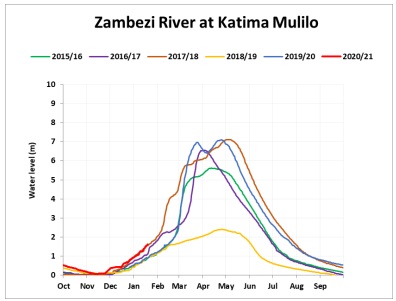 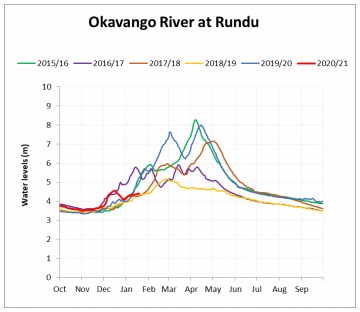 The hydrographs above were copied with permission from Hydrology Namibia. Feel free to subscribe to them by sending an email – namibiahydrology@gmail.com 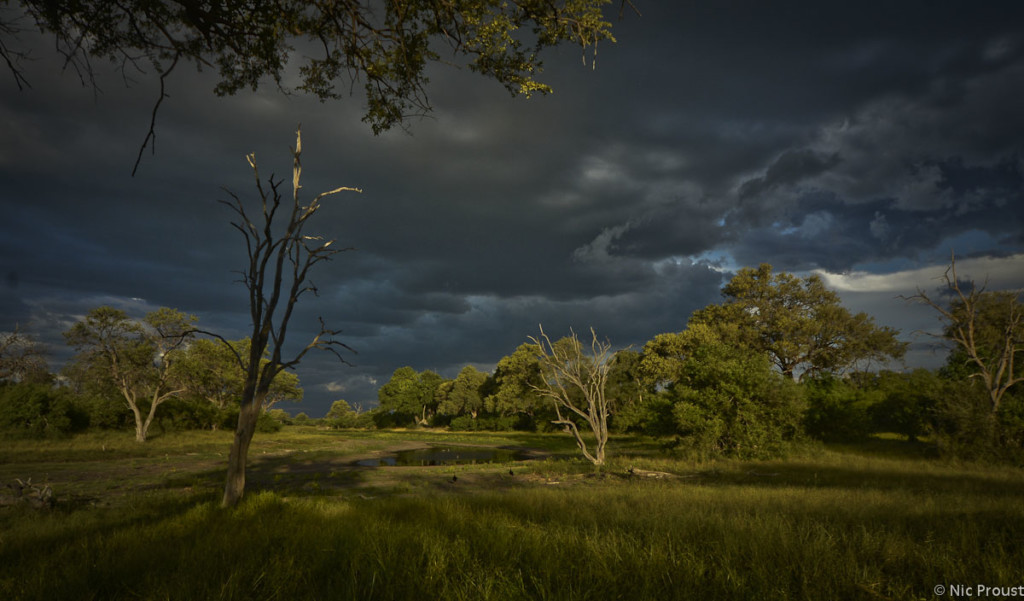