There is a leopard on my roof!!

Home/Bush Stories/There is a leopard on my roof!!
Previous Next

No matter how much time you spend in the bush there will always be something new, something more amazing than the last time and always something surprising…what happened here was a perfect combination of the unexpected…and a series of events I will never forget! 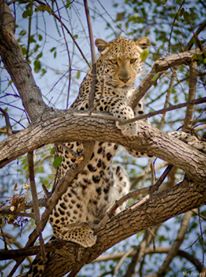 Was this the culprit? We only got glimpses of her but with the perfect way in which the impala was silently killed and disembowelled means she is a very likely candidate. This is Slender the local dominant female leopard at King’s Pool!

We were having a quiet drink at the general manager’s house. Zara was visiting the camp too but it was getting late and Dwayne said right guys I am off. We knew he had to walk past ‘Death Valley’, named this because of it being a hippo highway, but also the spot where an old lioness has been hanging out that day. We did not think much of it as it was just another normal walk back home on another normal night.

We could here Dwayne walking along the decked walkway and just a few seconds after he walked off, all hell broke loose! Impala were snorting, monkeys were going crazy and even the elephants were trumpeting as they ran off.

Something was up and it was crazy…we were thinking that poor Dwayne had continued his form of bad timing and were wondering if this was his time….I know it sounds horrible but there was a lot of worry… and just by the extent of the alarm calls I knew something had been killed! 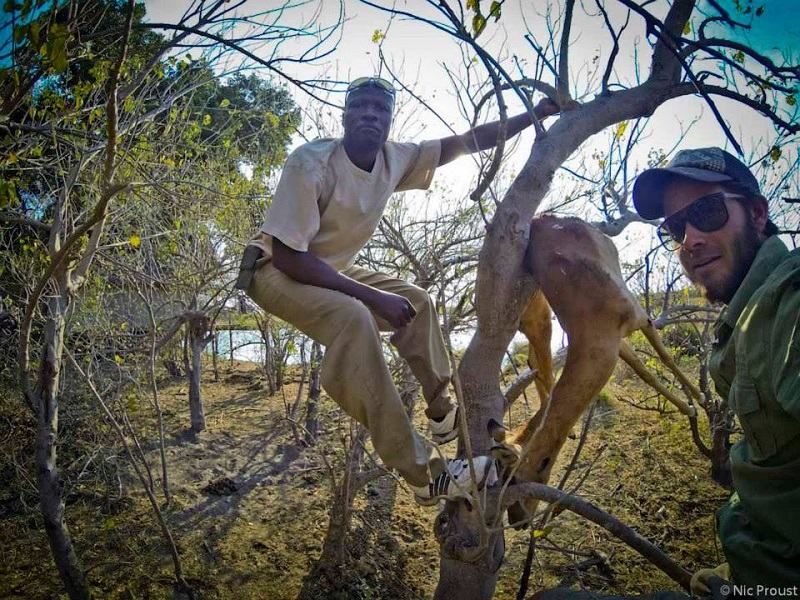 After trying to work out everything and confirming that Dwayne was alive, we began some serious CSI work…

I was so convinced something had been killed that at first light I went straight to investigate with Dwayne. We found tracks of a leopard that lead directly to room 9, the closest room to Death Valley.

I started investigating some drag marks when I found a perfectly disembowelled stomach and realized that perhaps it was best to move out of the area. Not long after that the baboons were going crazy and someone reported seeing a leopard run off. So I revisited the scene with guide Ndebo…it was not long until we located what we had been looking for…the carcass of a sub adult female impala!

Putting the pieces of the puzzle together, we realized that Dwayne must have walked home and disturbed the impala right into the path of a waiting leopard…fortunately for him; the leopard was more interested in the impala!

We had some nervous guests in room 9 and it was decided that the impala should be taken away. The managers got involved with dragging it out from underneath the room and left it in the floodplain in front of the staff village. It was a busy day for us all but the thinking was that we are just giving away a leopard kill to hyenas and vultures and the rightful owner should get its food back. So I was fixing tyres in the workshop when I asked Mathata if he could help me with the impala carcass. We dragged the impala to a small tree out of the reach of hyenas and hung it up…. 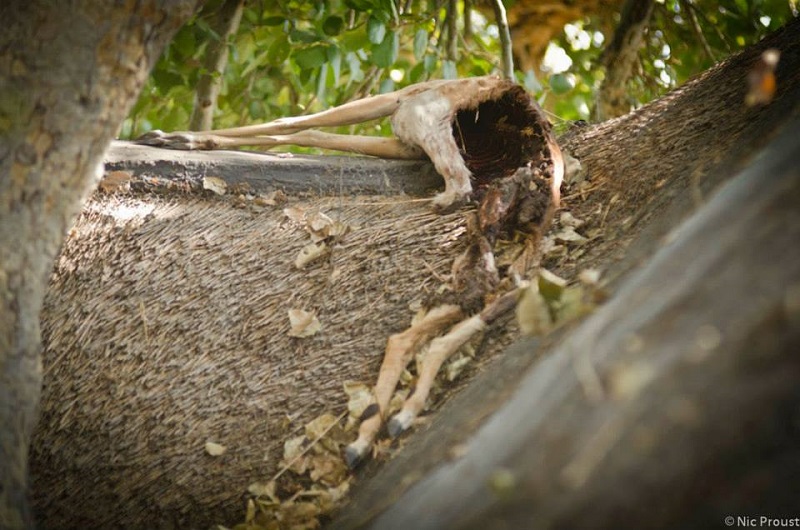 Well the leopard was no doubt pleased to have its kill back but decided to take things to another level….it thought that room 9 was the perfect location again, yet this time dragged the kill onto the roof! When the guides did wakeup call they would have no doubt been oblivious to a leopard staring down at them. As it got light the leopard left us with the kill and an even more tricky situation…how the guests got any sleep that night, one wonders but we are sure glad that they did not realize the situation at the time!

Unfortunately we had to take the kill away once again and this time we hung it on a tree next to the entrance of the camp. Well the vultures found it before it got dark, knocked it out of the tree and then the warthogs stole it and eventually as it got dark the hyenas ended the whole two day game of cat and mouse and we could hear their laughter deep into the night! 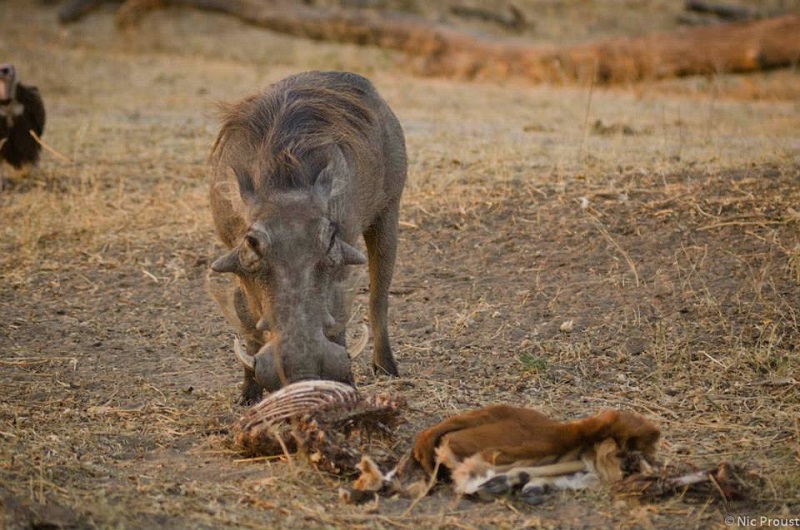 Early the next morning I was thinking about the amazing last 2 days we had had in camp….when the next minute I found myself taking a new toilet bowl to another camp, Duma Tau. Why was I doing this? Because that morning wild dogs had chased an impala into room 6 at Duma Tau. The impala tried to escape into the room and went right through the canvas and broke the toilet! What an incredible few days in the Linyanti!