What an incredible Wild Dog sighting along the Khwai it was!

According to some of the researchers in the area wild dogs are doing as well as they have done since 1994 when disease threatened the local population of about 10 packs in the study area. They are doing so well that often packs clash and this was one of those amazing sightings that caused pandemonium west of Sable Alley camp.

East of camp we had followed a pack of 5 dogs the night before. They moved west harassing elephants, and were interacting with a hyena that ended up treeing 2 leopards the pack had just missed, even though they had run just a couple of meters past them! Then some ways west of camp we had been watching the local pack of wild dogs the morning before regurgitating meat to their 11 puppies in the middle of an open area – one of the most incredible dens from a viewing perspective…

It is now the following day…its first light and we depart for our early morning drive, driving along with purpose in the crisp, cool air on a mission to see if we can catch up with either of the packs. Not 10 minutes into the drive, we looked across an open area and noticed a warthog whizzing across like a scene out of a cartoon. Something was up!

And before we could gather our senses, out of the bush line came an impala at full speed with a wild dog hot on its heels – it was game on and things were not looking good for the impala. Our adrenaline was pumping – what a moment as the 2 animals passed right past our car! We tried our best but its always hard to keep up and we rounded a corner expecting to see the dog bringing down an impala but nothing!! About 30 seconds went by and we quickly rounded a croton thicket – right there more dogs! More impala! Dogs and impala everywhere. We couldn’t work out what was going on but at least 3 or 4 impala were an easy catch. In the chaos the dogs were not going for the impala they were going for one another! 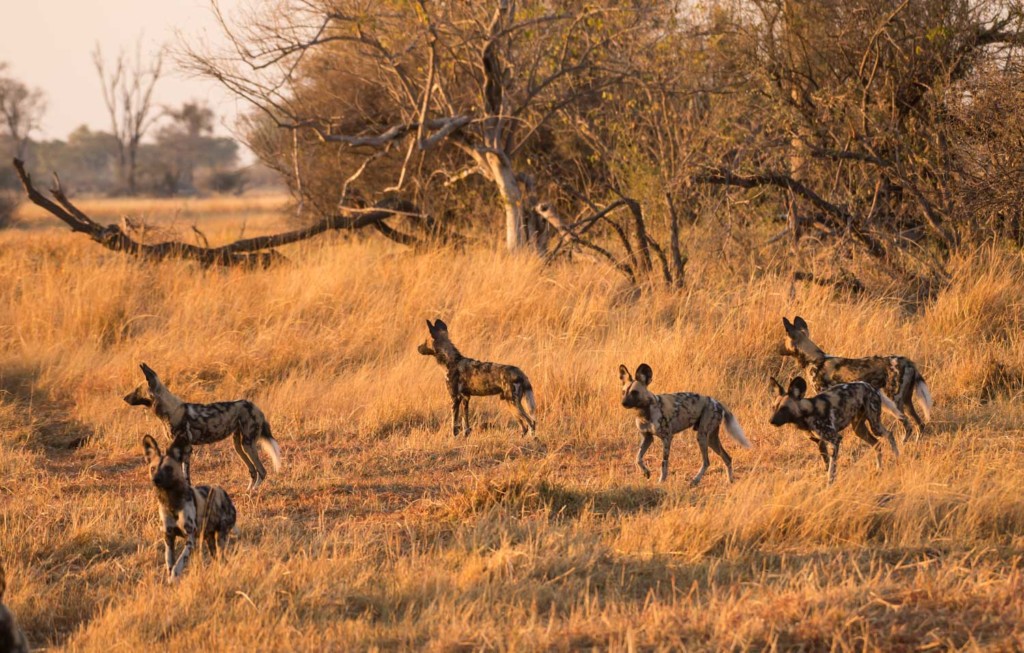 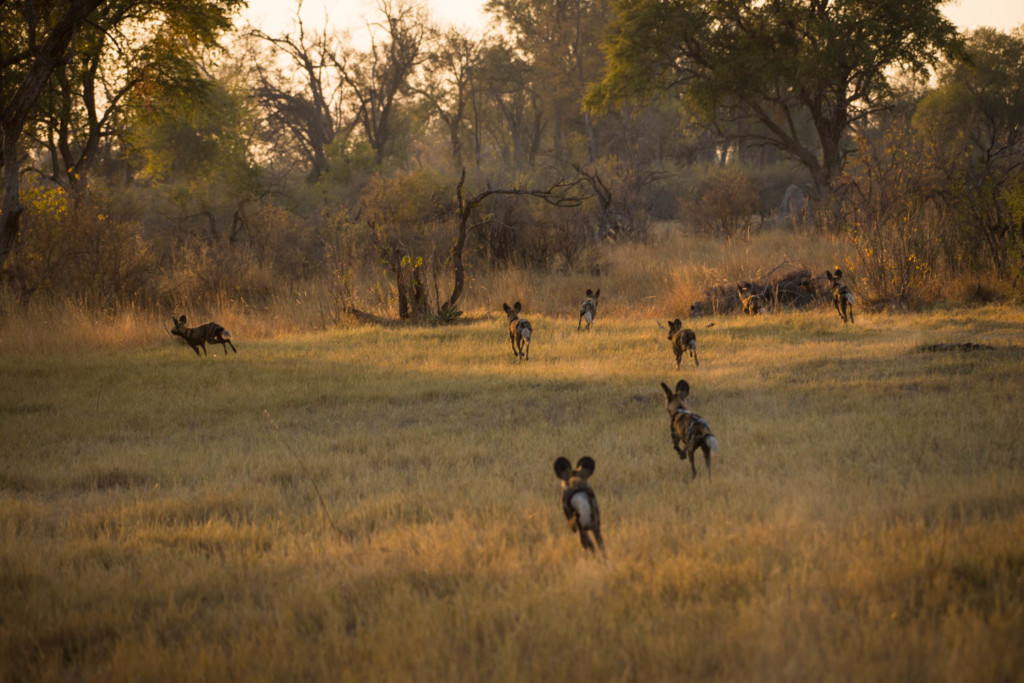 What had happened is that the pack of 5 had chased a herd of impala into the large pack of 20 which were also chasing their own impala! It then turned into a territorial fight as the two hunts came across one another – the large pack chased and split the 5 dogs forcing 2 to rush over a channel of the Khwai river and the other 3 to make a beeline out of the area, escorted by the larger pack! Add about 5 hyenas and it was a war zone from an impala point of view!

We drove up and down working out the next move but with dogs in full sprint across a huge area we only kept on catching glimpses of all the action. 15 minutes later and they brought down an impala once the territorial battle had taken place!

We then tracked the large pack back to their puppies – some 11km away – it took them less than 30 minutes to run back. We looped around and waited in anticipation as 11 hungry mouths eagerly awaited the spoils of the very successful morning! 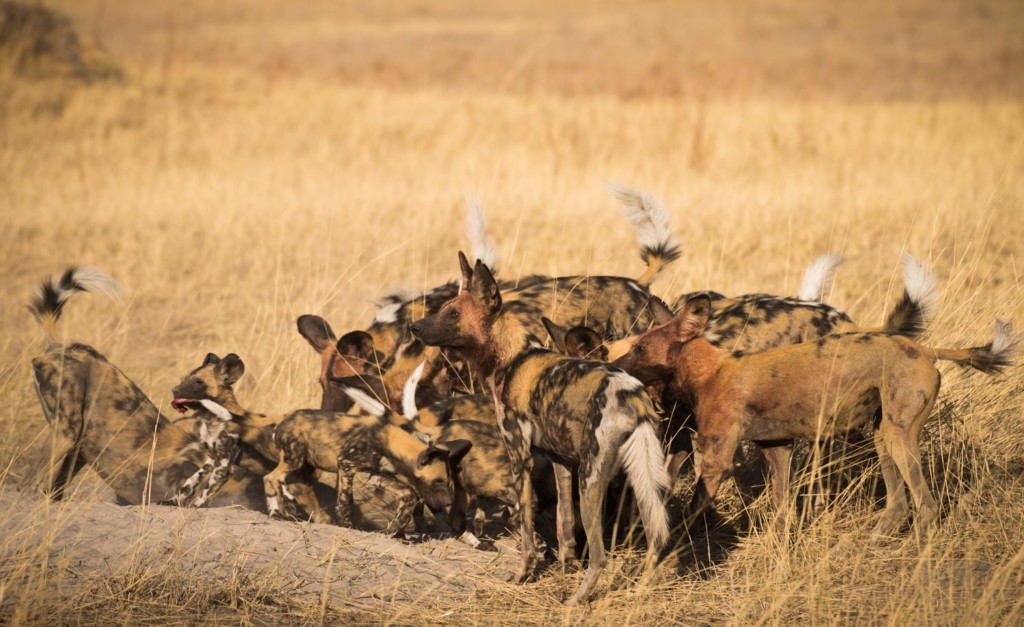 The pics show some the action! We then made our way to the airstrip to catch our flight to Vic Falls! What a morning!