Things didn’t get off to a good start actually and before I knew it, a rock had flung up while I passed a truck and it cracked my windscreen on the left hand side – but fortunately not badly enough to stop me from continuing on!

We then made our way down over the Piekenierskloof pass and into the Olifantsriver valley, an area that used to team with wildlife – proven by the multitude of evidence in the form of Rock Art, some from as recent as 500 years ago.

We passed Clanwilliam dam and headed towards the Knersvlakte taking in the all the greenery from the excellent early winter rains, the likes of which this area has not seen in years.

A quick stop at the most famous of all biltong shops on the West Coast, the Trawal Truck Stop once again yielded some of the best dried meat you will find in Africa! Chilli Bites, Droewors and Hangover mix are a sensation for the taste buds!

Onward we went and we approached the Gifberg (poison mountain) range! This is a mysterious sandstone mountain, so unique and a bittersweet place for our family, sadly having claimed the life of a loved one some years back. But it’s so beautiful and one of the most unique landmarks in all of South Africa, except for the fact that when people drive past it, they are usually in a rush, not giving it the time it deserves – I took the chance to snap some pics at sunset and even managed to get a shot with it as a backdrop with some wild flowers in the foreground! 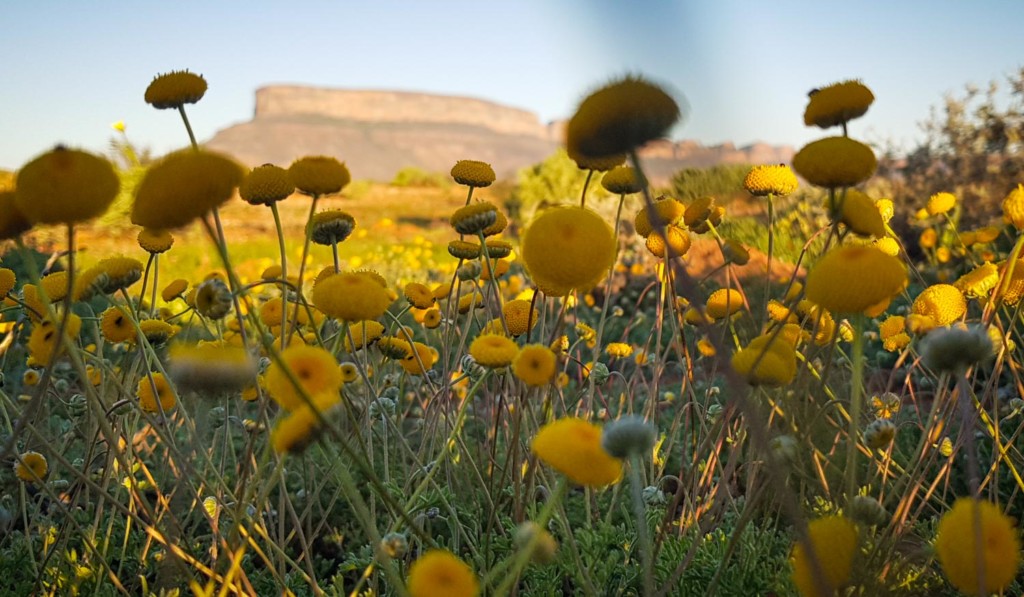 Images 1 & 2: Some shots of the Gifberg moutain range south of Vanrynsdorp.

Good news is the wild flowers are already looking good and the season is still early but from what we saw its already under way. Hopefully the predicted rain falls this weekend – it will make for an excellent season ahead!

I caught the last moments of the sunset at the bottom of the Van Ryn’s Pass…what a magical first trip out of the province since being locked down in Cape Town for 5 months!

Right now in South Africa it is illegal for inter-provincial travel due to Corona, unless you have a permit. It is a blessing to have some work for the first time in months but best of all is the ability to be able to legally explore some of the most stunning scenery once again!

Tomorrow we remain in the area testing out equipment and getting footage for a hotel shoot we are working on before making our way further north to the Orange River on the Namibia border! 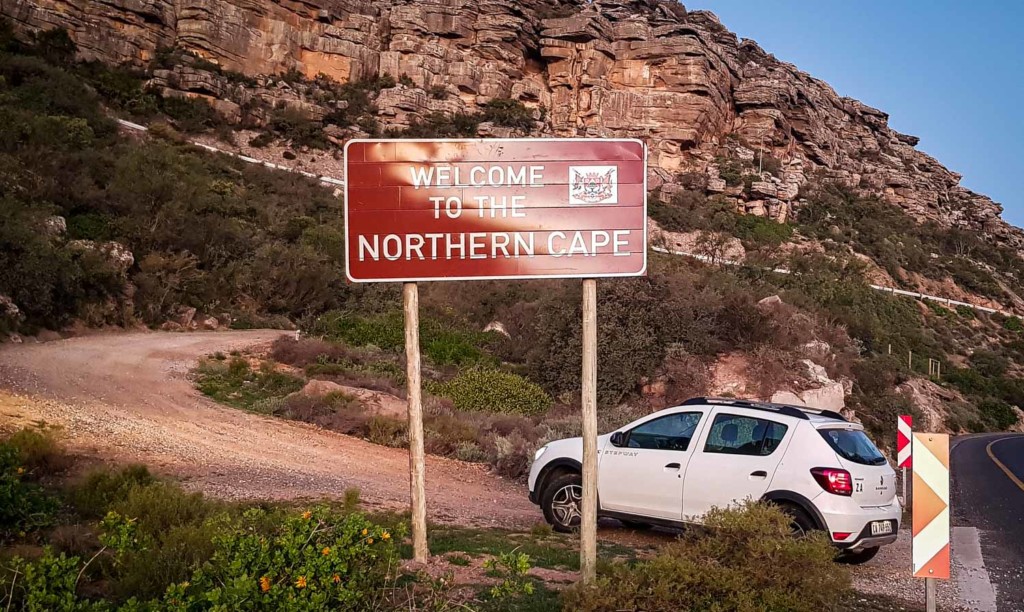 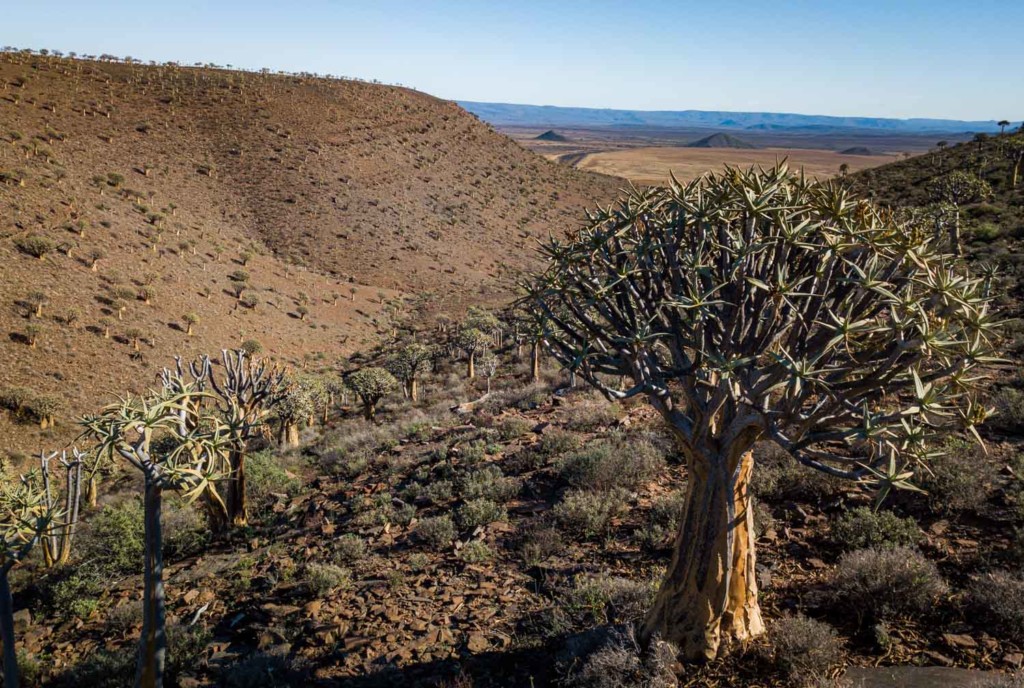 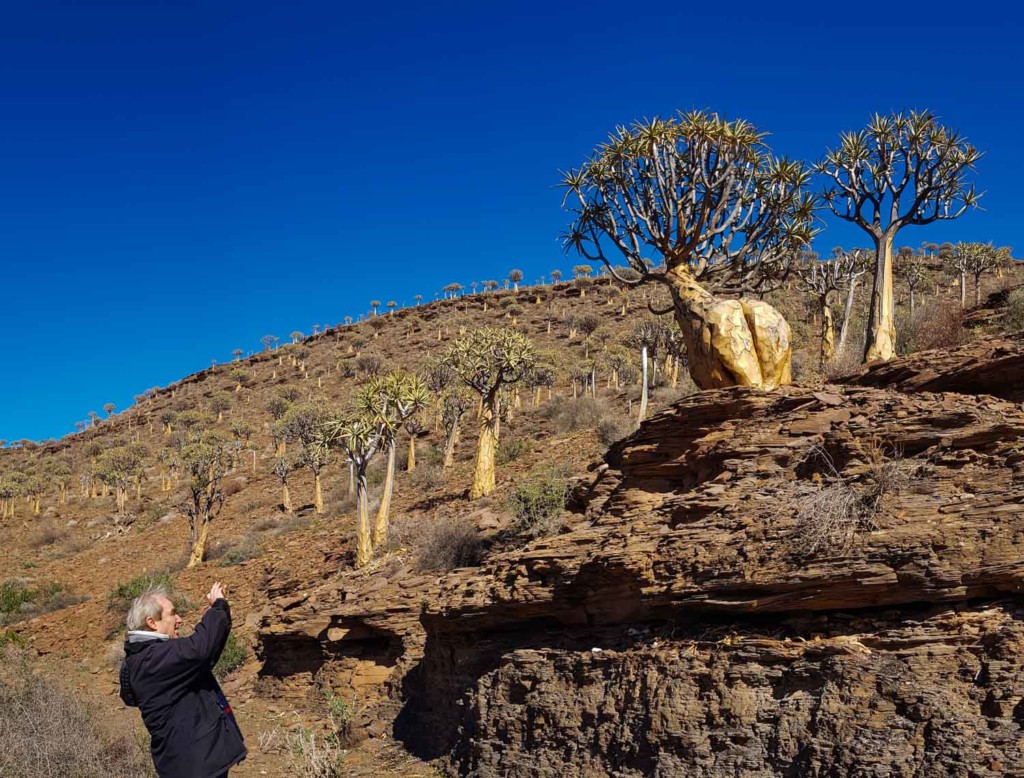 6 August 2020 – in and around Nieuwoudtville

Bleating sheep were my alarm clock this morning – no surprises as this is arguably the sheep farming capital of South Africa!

With a frozen windscreen and the temperature below zero it was hard to get up and out!

We knew we were starting out the day in a gem of an area though – the biggest forest of some 8000 large aloes, known as Quiver Trees (Kokerbooms) is one of the most mystical places and only 20 minutes from where we stayed, so getting there early was fortunately not too tough.

If you want to find true silence, climb these low mountains and escape into a magical world among these prehistoric looking trees. The views are breath taking too and you can take yourself back in time and visualize what it was like before man dominated the environment.

Known as Gannabos, it’s somewhat a secret spot but nowadays most guide books on the area mention it but even so, we had it to ourselves the whole morning – not just because of Corona and the resultant fewer people on the roads, but because its off the beaten track and isolated – it’s worth the drive though and can be done on a very long day trip from Cape Town! 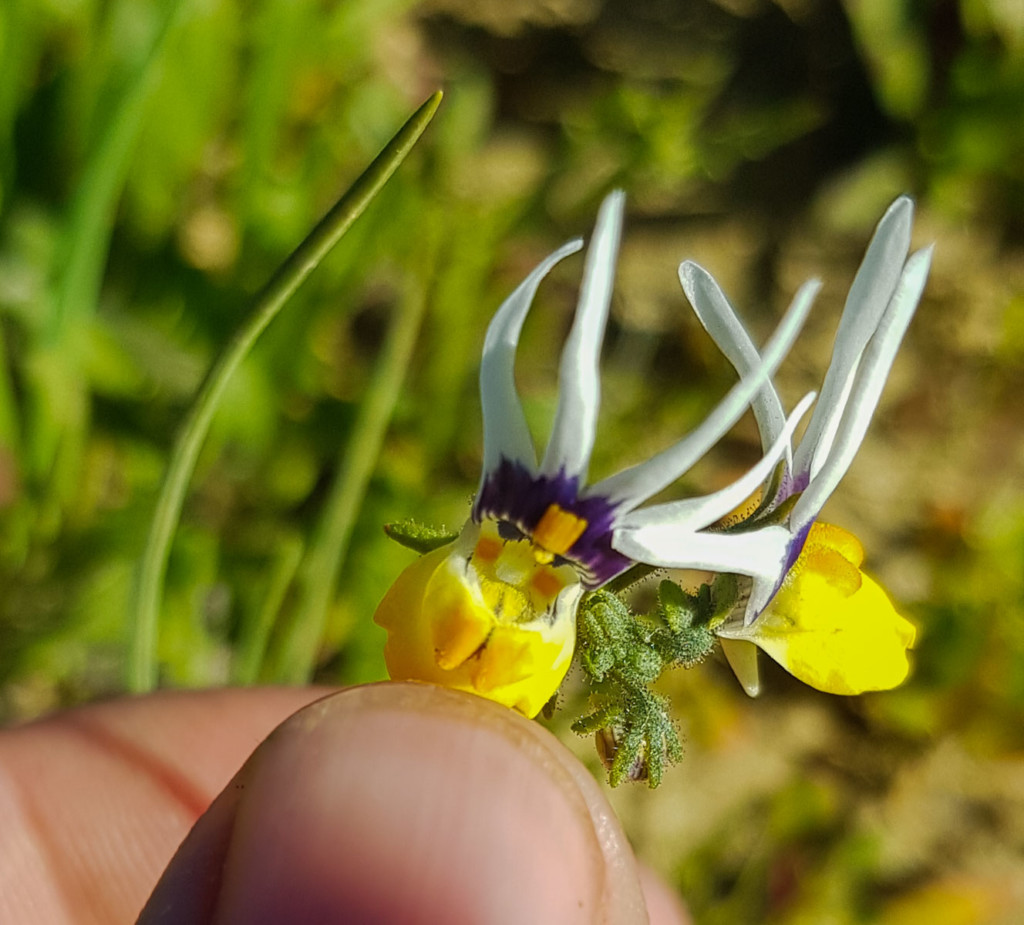 It’s also flower season – usually these areas attract thousands of tourists annually especially at this time of year however in total I saw 3 tourist cars when I would normally have seen 100 or more!

We are still early in the flower season though so fingers crossed travel opens up so the area can welcome more tourists for much needed business in the area – it’s a shame if not because even though its early August the flowers are already shaping up for a bumper season and right now the turn off to Papkuilsfontein provided the best viewing and there are many species just coming into bloom all over…with more rain predicted this weekend things are looking good for the rest of the month and locals say it will start to peak in 10 days!

Tomorrow we continue up to the Namibia border via the town of Springbok to a lodge on the Orange river. One of Africa’s greatest river rafting spots, we will be doing work there for 2 nights as things stand!

Writing from the almost fabled town of Pofadder, Afrikaans name for a snake called a Puff Adder, we are on the way to the Kalahari.

Firstly a surprise at Nieuwoudtville was an old shed at the main petrol station, which has South Africa’s largest collection of motorcycles, millions of rands worth, clumped together and covered in dust – almost better than nicely presented in a museum. 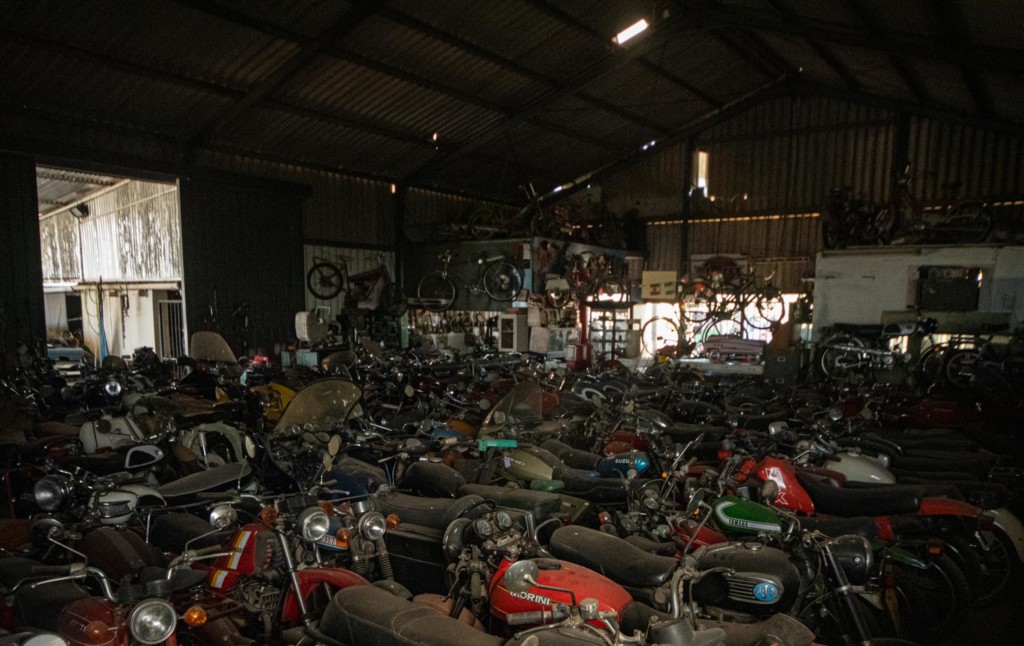 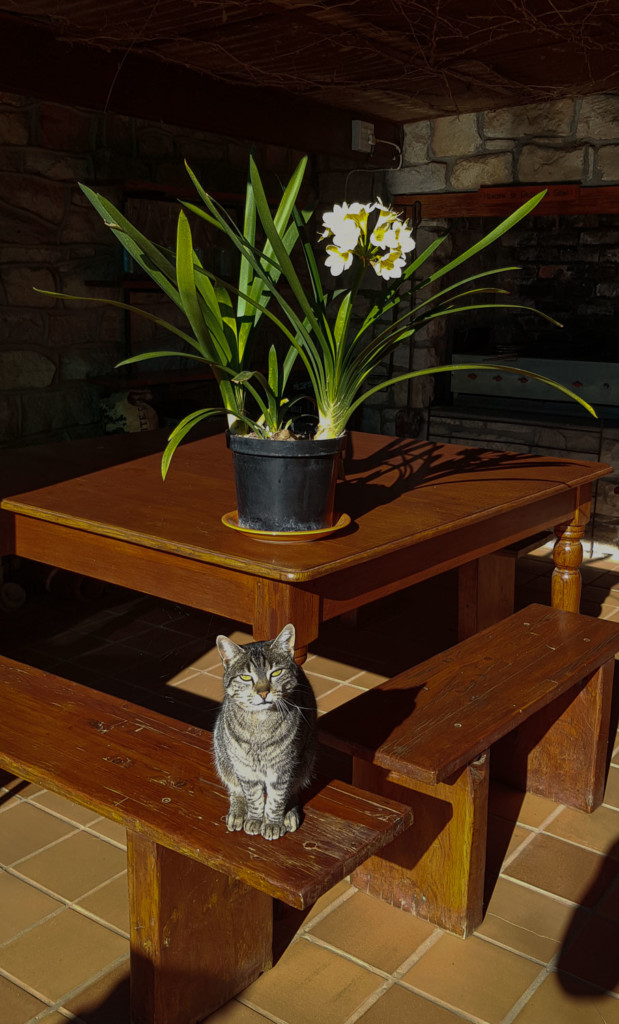 Then we visited some old ruins called Groenkloof – although common throughout much of the world, ruins are fairly rare in South Africa.

We then left the town taking a dirt road from Nieuwoudtville to Springbok via a small outpost called Kliprand. This area is so isolated and desolate…huge open dry landscapes with a touch of green (following a good down pour a month back)! 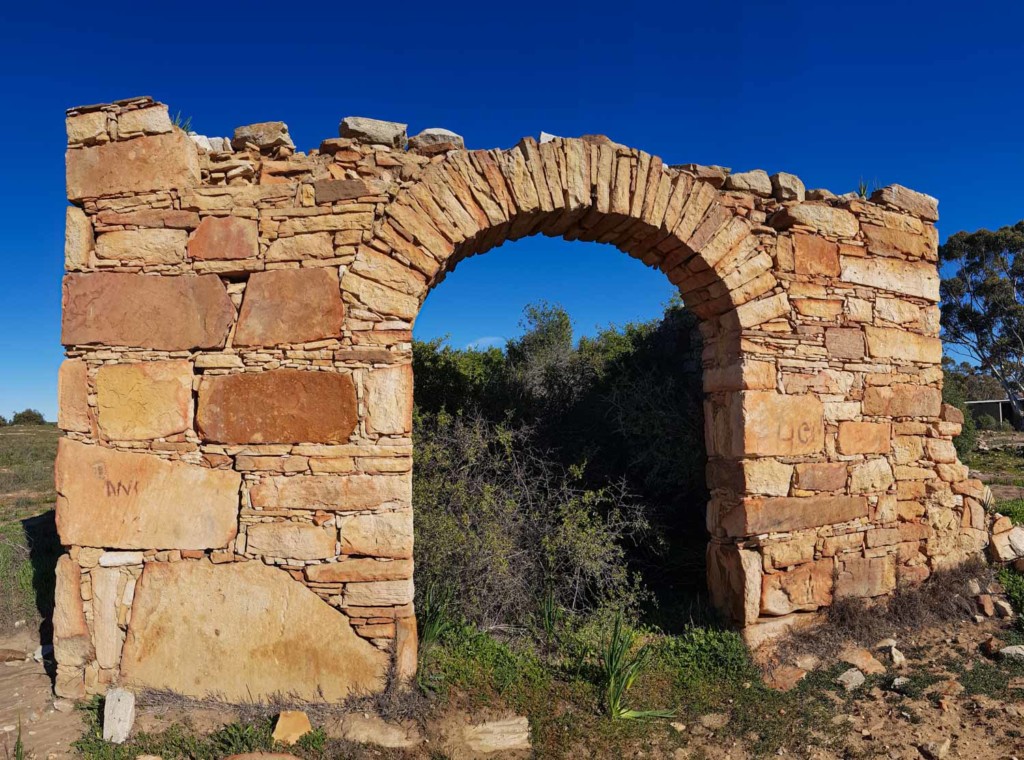 Images 12 & 13: Groenkloof ruins and a long road towards Loeriesfontein before turning toward Springbok

The wind was howling the whole day and the temperature was cold, maybe 14degrees max. We were happy to get off the dirt road eventually at Springbok because if you break down on this stretch it could be a day or two before you are able to get going again!

We then had one quick shoot at Springbok before the hour drive that eventually winds it’s way down to the river valley, an oasis in this dry environment. We spent a warm evening having a braai following our sunset shoot! 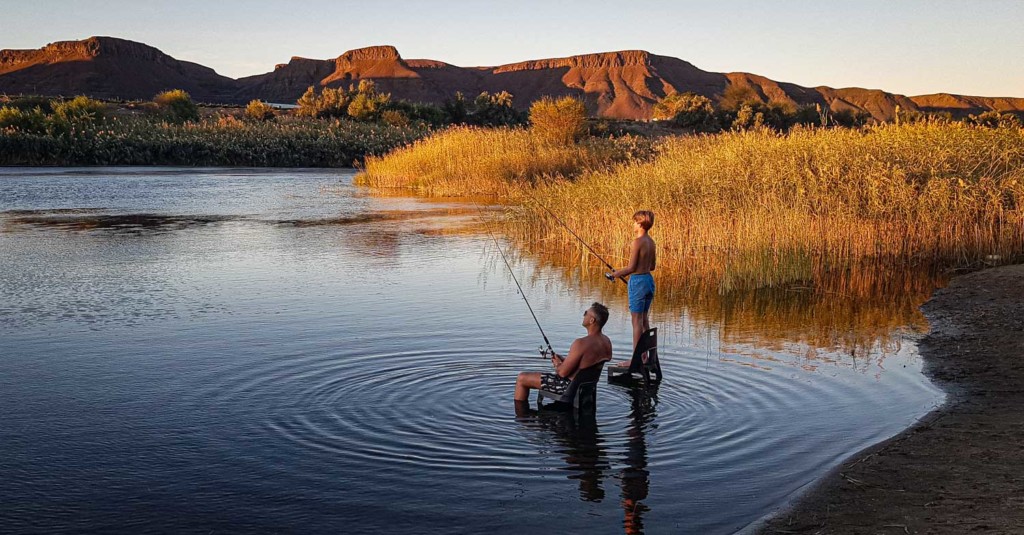